Atom is the smallest unit of matter. In other words, all matter is made out of atoms. An atom is composed of subatomic particles, mainly, protons, electrons, and neutrons. Protons and electrons make the nucleus, which is located at the center of the atom. But electrons are positioned in orbitals (or energy levels) which are located outside the nucleus of an atom. It is also important to note that orbitals are hypothetical concepts which are used to explain the most likely location of an atom. There are various orbitals surrounding the nucleus. There are also sub-orbitals such as s, p, d, f, etc. The s sub-orbital is spherical in shape when considered as a 3D structure. The s orbital has the highest probability of finding an electron around the nucleus. A sub-orbital is again numbered as 1s, 2s, 3s, etc. according to the energy levels. The key difference between 1s and 2s orbital is the energy of each orbital. 1s orbital has a lower energy than the 2s orbital.

CONTENTS
1. Overview and Key Difference
2. What is 1s Orbital
3. What is 2s Orbital
4. Side by Side Comparison – 1s vs 2s Orbital
5. Summary

What is 1s Orbital?

1s orbital is the orbital that is closest to the nucleus. It has the lowest energy among other orbitals. It is also the smallest spherical shape. Therefore, the radius of s orbital is small. There can be only 2 electrons in the s orbital. The electron configuration can be written as 1s1, if there is only one electron in the s orbital. But if there is a pair of electrons, it can be written as 1s2. Then the two electrons in the s orbital move to the opposite directions because of the repulsion that occurs due to the same electrical charges of the two electrons. When there is an unpaired electron, it is called paramagnetic. That is because it can be attracted by a magnet. But if the orbital is filled and a pair of electrons are present, the electrons cannot be attracted by a magnet; this is known as diamagnetic.

What is 2s Orbital?

What is the difference between 1s and 2s Orbital?

Difference Between Leptons and Quarks 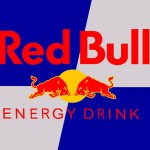 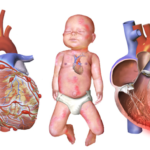