32 bit and 64 bit Windows 7 are two versions of the Windows 7 operating system that utilize 32 bit and 64 bit computer architecture respectively. The Windows 7 operating system is developed by Microsoft Corporation. It comes in both 32-bit and 64-bit versions. Both the versions of Windows 7 may look similar but there are some differences between them. In a 32-bit architecture, the ALU and CPU are based on address buses, data buses and registers that are 32-bit in size. Both types of bits refer to the way a processor in a computer handles the information.

However, there are certain requirements of 32-bit Windows 7. It requires a One-gigahertz 32-bit or 64-bit processor with 512 MB of RAM. The memory access of the 32-bit version is also limited as it can access only 4 GB of RAM installed on the computer. Even the 32-bit versions of Starter, Home Premium, Professional and Ultimate can access up to 4GB RAM.

The system requirements of 64-bit version are a One-gigahertz 64-bit processor and One GB RAM although 4GB is recommended. The memory access of this version ranges from 1GB to 128GB of RAM. However, the memory access is different per edition. The starter and Home Premium can utilize 8GB and 16GB of RAM respectively while Professional and Ultimate an utilize 128GB of RAM.

Hardware backed DEP is supported by 64-bit version of Windows 7. Kernel Patch Protection is also available in this version. This feature prevents any harmful program or any third-party programs from updating the operating system’s kernel. This version requires that all drivers must be digitally signed otherwise they may not work on the operating system having 64-bit Windows 7. 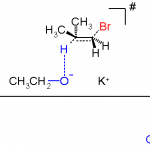