3G vs Telstra Next G

3G is a broadband wireless technology which includes EDGE, UMTS, HSPA, HSDPA, HSUPA, EV-DO, WCDMA and some more. Whereas Next G is a brand name from Telstra, who is a Telco Giant in Australia for their 3G Network and product. Telstra introduced 3G with UMTS in Oct 2006 with wider coverage in Australia. 3G is a generic name for technology classification and Next G is a product or network feature of Telstra in Australia.

Next G is a 3G UMTS network deployed by Telstra in Australia to provide mobile broadband and 3G mobile services in Australia. Basically it’s a brand name they used to refer their network and related products. Next G stands for Next Generation which is 3G when comparing with 2G. Next Generation of 3G would be 4G.

Next G Network is used to provide Telstra Wireless Broadband Services under the product name of Big Pond and Telstra Mobile Services. Telstra mobile is one of the smart and best mobile networks in Australia covering almost all the parts of Australia.

3G is a wireless access technology replacing 2G networks. The main advantage of 3G is, it’s faster than 2G networks. Smart mobile handsets are designed not only for voice callings but also for Internet access and mobile applications. 3G networks allows simultaneous voice and data services with speed variation from 200 kbit/s and if its only data it may deliver several Mbit/s. (Mobile Broadband)

Many 3G technologies are in use now and some of them are EDGE (Enhanced Data rates for GSM Evolution), from CDMA family EV-DO (Evolution-Data Optimized) which uses Code Division Multiple Access or Time Division Multiple Access for multiplexing, HSPA (High Speed Packet Access) which uses 16QAM modulation technique (Quadrature Amplitude Modulation) and results in data rate of 14 Mbit/s downlink and 5.8 Mbit/s uplink speeds) and WiMAX (Wireless Interoperability for Microwave Access – 802.16). 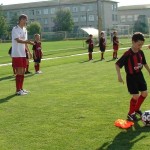 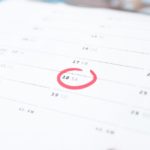