AAC and MP3 are audio compression formats using lossy compression. MP3 is more popular audio codec that has become a standard in music industry. So much so that portable media player is now commonly referred to as MP3 players. Mp3 allowed compression of audio files by a huge percentage. If a song has a size of 30 MB, after conversion to MP3 format its size is reduced to just 3 MB. MP3 was released in 1993 and is written as file extension type .mp3. AAC was released a year later in 1997 and has many improvements over MP3. However, in order to compress an audio file, both formats have to sacrifice some parts of the original score and this is why they are termed as lossy formats.

Mp3 is an audio format designed by Motion Pictures Experts Group (MPEG) as part of its MPEG-1 standard and later extended to MPEG-2 standard also. Lossy compression algorithm is used in MP3 to greatly reduce the amount of data in an audio file. When an audio file is compressed at a bit rate of 128kbit/sec, it is 11 times smaller than the original file. The small size of audio files converted to MP3 led to a revolution of sorts and soon Mp3 files spread on the internet. MP3 enabled people to download songs from the net and also tremendously increased peer to peer sharing. Mp3.com was launched which offered thousands of songs free of cost to listeners through the net. Peer to peer files sharing network Napster became hugely popular. Artists and recording companies protested against Napster as it violated copyright laws and so it was soon shut down. To control free sharing and downloading of music files, companies are using encrypting tools known as Digital Rights Management.

AAC, also known as Advanced Audio Coding is another audio format that uses lossy compression for encoding digital audio. AAC was designed to be a successor of MP3 and achieves better sound quality than MP3. But it could never become as successful as MP3. It is also called Apple’s baby, being a standard audio format for iPhone, iPod, iTunes, and iPad. AAC was developed in collaboration by Nokia, Sony, AT&T Bell Laboratories and Dolby Laboratories.

Though AAC makes available many improvements over MP3, MP3 was much more explored than AAC. This is why there are very few codecs for AAC than MP3. MP3 is more popular and accepted by software and music player manufacturers. AAC became popular when Apple adopted this format for iPhones and iPods and also started selling songs through iTunes. However, of late, modern music players are offering support to AAC and so the gap between MP3 and AAC is lesser than it was a few years ago.

Difference Between AIM and MSN 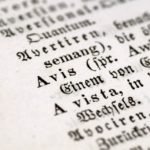