When it comes to quality garments, there are few companies that can match the designs and fabrics seen at Abercrombie outlets located all over the country in the US. The company is listed as A&F in the NY stock exchange, and the stores are also called Abercrombie and Fitch, which is the name of the parent company. People are always confused to find labels like abercrombie and Hollister alongside Abercrombie and Fitch at the stores of the company. This article attempts to clear all such doubts from the minds of the readers.

Abercrombie and Fitch is the name of the parent company, and it is also a brand name that is found in the stores of the company. However, abercrombie is a label that is also seen in the store of the company (pay attention to small ‘a’ instead of capital ‘A’). Small ‘a’ is there to indicate that abercrombie is a line meant from small kids under the age of 12. The clothes are colorful and stylish as they should be, being made for children. Thus, when you see the label abercrombie on a garment inside an Abercrombie and Fitch, you know instantly that it is a genuine A&F product, but it meant exclusively for small kids. The focus of abercrombie line is young kids and the tagline of ‘Classic Cool’ says it all about the range.

Though the entire range of Abercrombie and Fitch is meant for people up to the age of 34 with A&F targeting at young people from 22-34, there is a special range for the teenagers, especially between the ages of 14-18. This is a trendy collection for the teenagers labeled as Hollister. So while, abercrombie looks after the needs for kids under the age of 12, Hollister takes care of teenagers specifically.

Difference Between Chaniya Choli and Choli Itself

Difference Between Replica and Authentic Jeans

Difference Between Cotton and Polyester 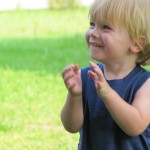 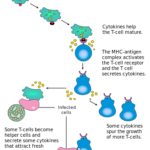