There are a few pairs of words in English language that seem similar in meaning but are not synonyms. One such a pair of words is the ability and capability where people make use of either in a sentence or context without thinking about subtle differences between the two. Why is there a cap on the ability to make it capability if the two were really synonymous? Is there any difference between the abilities and capabilities of a man? This article takes a closer look at these two words to come up with their differences.

The set of competencies that a person is born with or are his innate qualities making him perfect for certain skills and tasks are referred to as his abilities. Abilities are often the result of the genetic makeup of a person. Because of this, we see some people good at computer programming (it comes naturally for them) while others might be good at physical sports, and yet others at languages and dances. Ability is something that is either there or lacking. There are people with the ability to learn languages while there are also people who find it hard to learn a new language. If you ask a girl to become a ballerina without having the ability, she would struggle to master the nuances and her performances may not look natural at all. This is in sharp contrast to a girl having the natural flair for dancing and has a rhythmic body.

If you are good at lifting weights and are a budding weightlifter, it is clear that you have the ability to lift weights, but there is certainly a limit to your ability to lift weights. For example, you may have no difficulty in lifting weights up to 150 KG but, beyond that, you may fail miserably. Thus, it would be better to say that the man has a capability to lift up to 150 KG of weight. Capability, as the name implies, certainly places a cap on the ability of a person. However, it is also the potential that a kid can realize if he has the ability in a particular field. If a kid of 5 has the ability to perform basic gymnastic exercises, experts assess the kid’s capability in terms of his/her potential. If a player makes his debut shows glimpses of his brilliance, selectors realize his capability and give him chances to live up to his potential in later games.

Difference Between Ability and Skill 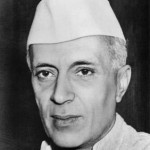 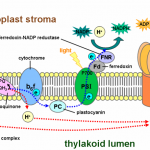