Advantage refers to a situation when a person, group or a nation can produce a particular product with more economy than others. Of course this statement is very general as there can be labor advantage (labor could be cheap or inexpensive), or capital advantage. Absolute advantage is a term that is used when one country can produce more number of a particular item with same resources than any other country. If this particular item is produced by only one country, then mutually beneficial trade is impossible.

Taking an example, it can be said that Zambia is a country that has an absolute advantage over other countries as far as copper production is concerned. This is because of a natural phenomenon as the country has the largest reserves of copper or its oxide known as Bauxite.

So, absolute advantage is a situation that occurs when a nation is able to produce some goods at a cost lower to other countries with all other factors being equal. The concept of absolute advantage was propounded by Adam smith when talking about international trade. 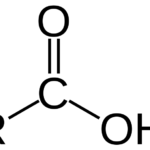