All over the world, it is common to see educational, scientific and art establishments being named as academies or institutes and people rarely pay any attention to their differences. This is because of the fact that both terms academy and institutes are used interchangeably for such settings with only minor differences in nature and purpose of the organization using either of the two terms. In fact, even owners of establishments who name them as institutes or academies are unaware of the subtle differences between the two terms. Let us take a closer look.

Both academies, as well as institute, are nouns that are mostly educational settings. We can, therefore, have an academy of arts also an art institute, and there is no reason to find fault with such a nomenclature.

In metropolitan cities, we encounter lots of institutes. There are computer institutes, fashion institutes, arts institutes, and so on where education is provided to students. Institutes can be under universities or colleges, or they can be autonomous as Indian Institutes of Technologies. The Massachusetts Institute of Technology (MIT) is perhaps the best example of the use of the word institute for educational settings. In many parts of the world, government departments have research institutes and agricultural institutes that work for the betterment of the people by developing varieties of food crops that are more wholesome and nutritional.

Academy is a term that was in vogue earlier though in recent times its use has lessened somewhat. Though we see schools and colleges including the word academy in their names, the term today is being used more for establishments and settings for specialized training in a particular field, also for various associations and bodies of likeminded people such as academy of scientists, writers, or artists. If we were to look at the usage of the term, the first academy that comes to mind is the Academy of Motion Picture Arts and Sciences that is a body giving annual Oscar awards in Hollywood. In a similar manner, there are defense academies such as US Air Force Academy and National Defense Academy in India.

Difference Between School and Academy

Difference Between Honours and Ordinary Degree

Difference Between Writing and Reading 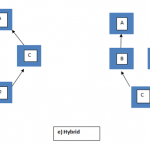