Two very similar sounding words, acronyms and acrostics are easily confused with each other for the same reason. Although both appear to be the same, the key difference between acronym and acrostic is in their definitions itself; acronym is a kind of abbreviation while acrostic is a form of writing.

What is an Acronym?

An acronym can be described as an abbreviation of a word that has been composed of the initial letters or components of a phrase or word. These components can be parts of words or individual letters. However, although an acronym is usually an abbreviation formed from the initial components of a phrase, in certain dictionaries, an acronym is often defined as a word in its original sense. In certain cases, an acronym is often given the same definition of an initialism, an abbreviation used as a string of initials. There is no universal standardization for such abbreviations and although their usage had been limited in the past, they came into wide usage during the 20th century. Acronyms can be viewed as a word formation process and is also a subtype of blending. Following are some examples of acronyms.

What is an Acrostic?

An acrostic is a form of writing in which a recurring feature or the first word, syllable or letter in each paragraph or a line spells out a message or sentence. It can also be a poem. The term is derived from the French word acrostiche from post-classical Latin acrostichis which in turn is derived from the Greek word ἄκρος meaning “highest, topmost” and στίχος meaning “verse.” It is also used as a form of constrained writing and can also be seen to be used as a mnemonic device that aids memory retrieval. The most famous acrostic made in history is the acclamation made in Greek for JESUS CHRIST, SON OF GOD, SAVIOUR that spell ICHTHYS, Greek for fish.

Elizabeth it is in vain you say

“Love not”—thou sayest it in so sweet a way:

In vain those words from thee or L.E.L.

Zantippe’s talents had enforced so well:

Ah! if that language from thy heart arise,

To cure his love—was cured of all beside—

His follie—pride—and passion—for he died.

What is the difference between an Acronym and an Acrostic?

Although easily confused due to the appearance of the two words, an acronym and an acrostic are entirely different things. However, they are both capable of acting as mnemonics.

• An acronym is an abbreviation of a word that has been composed of the initial letters or components of a phrase or word. An acrostic is a form of writing in which a recurring feature or the first word, syllable or letter in each paragraph or a line spells out a message or sentence.

Difference Between Acronym and Initialism

Difference Between Later and Latter 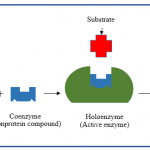 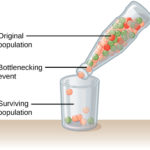