If you have a vision to achieve a goal but do not put it into action delaying the plan all the time, you are indulging in daydreaming thinking that you can achieve but doing nothing to achieve. On the contrary, there are many who are always ready for action but lack vision. They are just passing their time and a lack of a plan will take them nowhere. This is where one understands the significance of both a strategy and an action plan. Many people take these two words to be synonyms whereas it is clear that they are complimentary to each other and without one or the other a person can never reach his goal. This article will highlight the differences between a strategy and an action plan and how both work in tandem to take a person closer to his goal.

Suppose a soccer team prepares its strategy against is opponent when a match between the two teams is to be played and. The strategy is of course made keeping in mind one’s own strengths and weaknesses as well as those of the opponent. But match is played in real time where one action plan can go wrong as circumstances or moves may not be as planned. In such a situation plan B is adopted which is a part of overall strategy. It is clear then that action plan is a part of the overall strategy which needs to be implemented for the strategy to succeed.

Strategy includes action plan and one needs to translate strategy into action using these action plans. Thus strategy is the goal; action plan is a means to get to that goal. One cannot get to his goals without implementing action plan, and conversely, if one is not aware of his strategy, all his action can go into waste.

Difference Between Vision and Mission

Difference Between Aims and Objectives

Difference Between Manager and Administrator 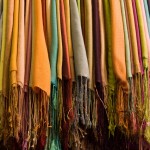 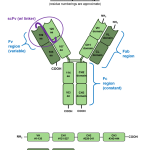