Acyclovir and Valaciclovir are two antiviral drugs. These two drugs belong to the same drug class. Because these two are in the same class, their mechanism of action is similar. However, other attributes differ slightly.

Acyclovir is an antiviral drug synthesized using the nucleoside extracted from the sponge Cryptotethya crypta. It is available in the market under many brand names. The chemical name of acyclovir is acycloguanosine. Acyclovir is a very commonly used drug, and the commonest indication is Herpes viral infections. It is also used to treat chicken pox and shingles. It may be used in pregnancy if the benefits outweigh the risks only.

The mechanism of action of acyclovir is complicated. Once the drug enters the body the viral enzyme called thymidine kinase converts it to acyclovir monophosphate. Then, cellular kinase enzymes convert it into acyclovir triphosphate. This final product blocks DNA replication and viral reproduction. Acyclovir is very effective against many species of herpes virus family, and resistance to the drug action is encountered very rarely.

Acyclovir is not a water soluble drug. Therefore, if taken in tablet form the amount that reaches the blood is small. This is called a low bioavailability. Therefore to obtain high concentrations, acyclovir should be given intravenous. Acyclovir binds with plasma proteins easily and gets transported to all the areas in the body.  It gets cleared off the body fairly quickly. The half-life in adults is about 3 hours. Half-life is the time taken to reduce the concentration by half. Only 1% of the patients who receive acyclovir experiences adverse drug effects. It may cause nausea, vomiting and loose stools commonly, and hallucinations, encephalopathy, edema, and joint pains in high doses. Rarely causes Stevens Johnson syndrome,  low platelets, and shock.

Valacyclovir is another antiviral drug synthesized using natural L-Valine amino acid and is available under many brand names. Valaciclovir is actually an ester of acyclovir. It has a better bioavailability than acyclovir. After entering the body esterase enzymes convert it to acyclovir and Valine. Valacyclovir undergoes liver metabolism as it goes through the liver, to enter the systemic circulation. Once it is converted into acyclovir the mechanism of action is similar to that of acyclovir.

Valaciclovir is used to treat Herpesvirus family infections. Because it is more bioavailable, when taken orally, it is far more effective than oral acyclovir. Because more of the drug enters the system, the prevalence of adverse drug reaction is higher compared to acyclovir.

• Acyclovir and valacyclovir are both antiviral drugs.

• Valaciclovir is more bioavailable than acyclovir.

• Side effects are more common in valacyclovir.

• Valacyclovir is more effective when given orally than acyclovir. 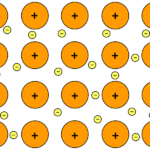 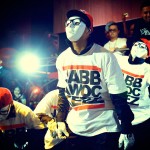 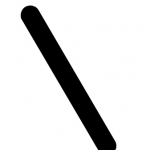