What is an Advisor?

An advisor is a person who offers advice and practices this exercise as a profession.  Advisors often possess in depth knowledge about a specific area and are professionally qualified to offer opinions on their relevant subjects with the aim of helping out those in need of information or knowledge in making the best decisions. People such as politicians and businessmen have personal advisors as the decisions they make affect many, and they require professional and reliable information in order to implement the best possible changes for everybody. In the United States of America, the advisors to the president are called the cabinet. Other types of advisors available are financial advisors, investment advisors, tax advisors, national security advisors, military advisors and so on. Advisors are also sometimes referred to as consultants.

What is an Adviser?

An adviser is necessarily a person who offers advice, often with the aim of helping out a person in need of such in depth expertise. He or she possesses in depth knowledge about a specific area and often also possess cross functional and multidisciplinary expertise. He or she mentors or guides them towards their perspective goals, often without financial gain. Adviser is also alternatively spelt advisor although there is a slight difference between the two.

It is known that the different spellings adviser and advisor have been in use since the 16th century. Although the more commonly used spelling is adviser, the terms are often usually used alternatively, and it is not wrong to do so as well since both words refer to an individual who offers advice or expert opinion to those who require it. However, a slight difference between the two words have been defined just recently which can be used to discern the difference between the two.

• An adviser is a person who offers advice. This is often done without the aim of earning an income. An advisor is a professional who offers advice for a fee. They are also referred to as consultants.

• An adviser often possesses knowledge on multi disciplines and is often looked upon as an overall wide individual with in depth insight. An advisor often specializes in one particular field.

Difference Between Ancient and Old

Difference Between Wealthy and Rich

Difference Between Lie and Lye

Difference Between Meeting and Appointment 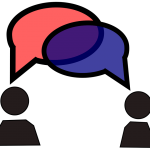 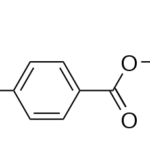