Bacteria are considered as a type of prokaryote found in all over the world. They can survive almost all known environment on earth because of their tiny body size and fast growing ability. Bacteria can be divided into two categories; aerobic and anaerobic bacteria, depending on the influence of oxygen for their growth and viability. Both types of bacteria oxidize energy sources by the same initial pathway which begins by removing two hydrogen atoms to create C=C bond. However, in the later stages the way of processing of two hydrogen atoms vary widely between these two groups.

Aerobes are the bacteria that use dissolved oxygen for their metabolic reactions. They may exist as obligate aerobes like Cholera vibrio, which grow only in the presence of oxygen, or exist as facultative anaerobes, which grow in the presence of oxygen, but can tolerate aerobic conditions, as well. The ultimate hydrogen acceptor of aerobes is oxygen, which they use to oxidize energy source and produce carbon dioxide and water as end products.

Most bacteria that have medical importance are facultative bacteria.

Bacteria that do not need dissolved oxygen for their metabolisms are called anaerobes. They basically use the oxygen in chemical compounds for their metabolic reactions. Unlike aerobes, anaerobic bacteria cannot use molecular oxygen and nitrate as terminal electron acceptors; instead, they use sulfate, carbon dioxide, and organic compounds as terminal acceptors.

There are anaerobes called obligate anaerobes, which cannot tolerate oxygen, and they are mostly inhibited or killed by oxygen. However, there are some anaerobes such as lactic acid bacteria, which are able to tolerate oxygen at normal levels, so called oxygen-tolerate bacteria.

What is the difference between Aerobic and Anaerobic Bacteria?

• Catalase, the enzyme which splits hydrogen peroxide is found in most aerobes but is absent in anaerobes.

• Aerobes can completely oxidize carbon energy source to water and carbon dioxide using oxygen, whereas anaerobes use nitrates and sulfates instead of oxygen, hence producing gasses such as sulfur dioxides, methane, ammonia etc.

• Unlike aerobes, anaerobes do not obtain much energy per unit of substrate they metabolized.

Difference Between Glucagon and Glycogen 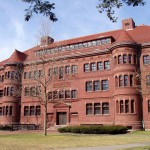 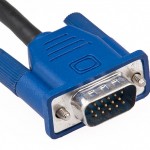