What is Traditional Software Development Methodology?

Software methodologies like Waterfall method, V-Model and RUP are called traditional software development methodologies. Waterfall methodology is one of the earliest software development models. As the name suggests, it is a sequential process in which progress flows through several phases (requirement analysis, design, development, testing and implementation) from top to bottom, analogous to a waterfall. V-Model is considered as an extension of the Waterfall software development model. V-Model uses the same relationships between phases defined in the Waterfall model. But instead of descending linearly (like the Waterfall model) V-Model steps down diagonally and then moves back up (after the coding phase), forming the shape of the letter V. RUP (Rational Unified Process) is an adaptable process framework (not a single concrete process), that can be customized by the development organization according to their needs. Slightly similar to waterfall, it has fixed phases as inception, elaboration, construction and transition. But unlike waterfall, RUP is an iterative process.

Agile is a very recent software development methodology (or more correctly, a group of methodologies) based on the agile manifesto. This was developed to solve some shortcoming in traditional software development methodologies. Agile methods are based on giving high priority to the customer participation early in the development cycle. It recommends incorporating testing by the customer early and often as possible. Testing is done at each point when a stable version becomes available. The foundation of Agile is based on starting testing from the beginning of the project and continuing throughout to the end of the project. Scrum and Extreme programming are two of the most popular variations of Agile methods.

Key value of Agile is “quality is the team’s responsibility”, which stresses that the quality of the software is the responsibility of the whole team (not just the testing team). One other important aspect of Agile is breaking down the software in to smaller manageable parts and delivering them to customer very quickly. Delivering a working product is an utmost importance. Then the team continues to improve the software and deliver continuously at each major step. This is achieved by having very short release cycles (called sprints in Scrum) and getting feedback for improvement at the end of each cycle. Contributors without much interactions of the team such as developers and testers in the earlier methods, now work together within the Agile model.

What is the difference between Agile and Traditional Software Development Methodology?

Difference Between Agile and Waterfall

Difference Between Waterfall Methodology and Agile

Difference Between Coupling and Cohesion 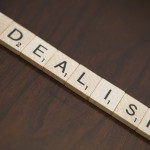 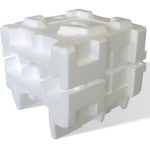 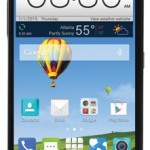