AIM and MSN are instant messaging programs used by people who want to talk and keep in touch with another from a different location in real time. These instant messaging technologies have geared up over the years to compete in the constantly evolving world of the internet wherein applications with most appeal, better usage and more features are preferred by consumers.

AIM or AOL Instant Messaging is a stand-alone program released by AOL (America Online) in 1997. Over the years, AOL has kept AIM software upgraded, incorporating those that are not in the original setup. Improvements made vary from file sharing, chat room messaging, and online games to contact information list, software integration, global font customization, plug-ins and a lot more. AOL has also made itself compatible with different OS currently available in the market, making it more accessible to clients.

On the other side of real time communication, MSN (Microsoft Online) Messenger is created by Microsoft in 1999. There were several major revisions that follow after its release. Such upgrades start from a very basic plain text messaging, unsophisticated contact list to chat window customization and P2P transfers. With constant flow of OS upgrades, Microsoft kept in tune with the changes, making their messenger compatible with current versions. More features were incorporated every time for improvement such voice and video chat, social integration, games and other applications, emoticons and so much more and by 2006, Microsoft released the Windows Live Messenger replacing Microsoft Messenger.

Difference between AIM and MSN

AIM and MSN offer their clients very exciting packages when you choose their instant messaging service. The difference between them rather lies on how enticing their services could be to you. Both of them have improved their basic features in contacts, emoticons, chat windows, chat rooms, P2P file transfers and the like, but there are still certain features that remain exclusive to them. MSN has Xbox integration which enables MSN/WLM users to see the Gamertags of their friends who are logged to Xbox Live. AIM, on its part, released an application for iPhone and iPod Touch users, making it more available to people on the go.

It all comes down to personal preference in choosing which service to use. AIM and MSN offer more or less the same thing, and they basically function the same way with slight differences in certain features, in the look and feel. Both way, you still get to communicate with your loved ones in real time and that’s what matters.

Difference Between R-Factor and MOS Score in VoIP Quality 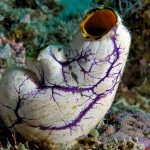 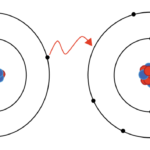