Home / Automobile / Plane / Difference Between Airbus A380 and Boeing 747

In their race for dominance in the commercial airliner market, Boeing and Airbus produced two very large aircrafts, revolutionizing the commercial aviation. They are able to carry more than 400 passenger and able to fly Trans-Atlantic without refueling.

The development costs are enormous (six billion dollars for A380) both companies laid down the future and success of the company on these projects. However, Boeing produced it 40 years before Airbus, then only a beginner in aviation.

Boeing 747, officially the Queen in the Skies, more commonly known by its nickname, the ” Jumbo Jet ” rolled out of production at Seattle in 1969. It remained the world’s largest operating passenger aircraft until A380 was introduced by the Airbus.

The aircraft revolutionized the commercial aviation form engineering aspects to the logistics. It became the ideal carrier for the intercontinental flight and anything was possible to be transported from air with its unprecedented cargo capacity. For example, the Space Shuttle can be transported on top of a B-747. In its tenure of more than 40 years, many variants of Boeing 747 were produced; Boeing 747 -100, -200 and -300 series are out of production and known as the Classics. Boeing -400 and the Boeing 747-8 intercontinental are the newer variants of the aircrafts, but -400 series being brought to end of production, 747-8 intercontinental is the only aircraft currently under production. However, 747 -400, 400ER (Extended Range) and 747-8 are still operational.

More about Airbus A380

The Airbus A380 is the largest passenger carrier which has a seating capacity of 555 in a standard configuration. The unprecedented cabin space provided by the airplane allows revolutionary interior design additions for customers such as bars, restaurants, beauty salons, and duty-free shops to improve passenger flight experience.

Even the aircraft is larger than most of the aircrafts, and the cabin noise level is 50% lower, and it has lower emissions than the aircrafts of the same class (ex. Boeing 747-400). The A380 has a state of the art Fly-by-wire flight control system, and it is the first commercial aircraft to use Integrated Modular Avionics (IMA), which is an advanced military fighter jet avionics system developed by Thales Group used in F-22 and Dassault Rafale

Aircraft’s logistics are of enormous complexity; it’s worthwhile noting. A380 components are produced in countries all over Europe (Great Britain, Germany, France and Spain) and assembled in the main airbus factory at Toulouse, France. Aircraft components are transported from air, ship, barge, and finally by lorry to arrive at the Toulouse factory.

Comparison Between A380 and Boeing 747 Specification

What is the difference between Airbus A380 and Boeing 747?

• Boeing 747 first developed in 1970’s while, Airbus A380 was developed during the last decade, but more advanced variants built on the 747-100 still continues to fly.

Difference Between Airbus A380 and Boeing 787 Dreamliner

Difference Between Helicopter and Chopper 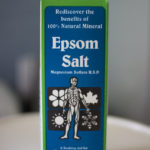