AKC and UKC are two of the most popular kennel clubs in the world. A kennel club organization is the one that involves in any concern with regard to the breeding of different dogs, promoting and showing it to the general public.

AKC or the American Kennel Club is the club for dog owners with pure breed of dogs only. It means that no mixed breed or crossed-breed dogs allowed in the club. They are the ones behind the annual Westminster Kennel Club Dog Show which is a two days dog show held in Madison Square Garden, New York. The AKC is not a registered member of the World Canine Organization (WCO).

UKC, formally known as United Kennel Club, is established in 1898 by Chauncey Bennett. The same with the AKC, UKC is not registered with the WCO. Next to AKC, UKS is the second largest and oldest dog breed clubs in the world with an annual registration of over 250,000. The core of UKC is to showcase working dogs which aren’t just for looks only but also can do menial work.

Difference between AKC and UKC

AKC was founded around September of 1884 when Elliot Smith and Messrs. J. M. Taylor conducted a meeting together with 12 other ex-dog club members to form a new club, that is, the American Kennel Club. The UKC, on the other hand, was founded in 1898 by Chauncey Bennett with rumors that say he founded the club so that he can show and register his Pit bull Terrier. The American Kennel Club is the world’s largest kennel club with members amounting to 1.2 million in the 1900’s while the UKC is the second largest with 250,000 members annually.

The main purpose of the kennel clubs, be it AKC or UKC, is to give respect to the existence of dogs in the society and acknowledging them as part of people’s lives and should not be treated lowly. 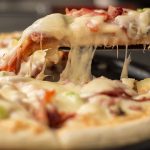 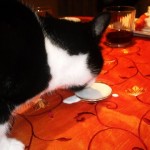