Hormones are chemicals, which are produced in a special group of cells or gland and act on the other parts of the body. They travel through the blood stream and regulate many cellular processes all over the body.

Kidney is the osmo-regulatory and excretion regulation organ in mammals, so it regulates body fluid volume concentrating and reabsorbing, or removing excess fluid (Taylor et al, 1998). When body fluid gets more concentrated, the hypothalamus recognizes the change in salt concentration, and release ADH to correct the volume of body fluid.

When there is excess water, that causes the blood pressure increased, and stretch receptors induced. As a result, posterior pituitary regulates the release of Aldosterone and reduce the reabsorbing of water.

Aldosterone is a steroid hormone that is produced in the cortex of the adrenal gland, and it is stored in the posterior pituitary gland. It is the main regulator of water and electrolytes such as Sodium (Na) and Potassium (K) in the body. This steroid is a cholesterol derivation, and this hormone is released with the function of the renin angiotensin system. Rennin is produced in the kidney, in response to the variation in the levels of plasma Potassium and Sodium levels and changes in blood pressure of the body. Renin enzyme converts the protein in plasma into angiotensin I, and then angiotensin I is converted to angiotensin II. This protein acts on adrenal gland and releases the aldosterone.

ADH is a polypeptide, which is secreted by the hypothalamus, and it is stored in the posterior pituitary gland. ADH is released when water level is low in the blood stream. ADH regulates the body water level by concentrating urine and thereby reducing urine volume.

The decrement of water level in the blood stream is recognized by osmo-receptors in hypothalamus. Osmo-receptors sense the salt level of blood when water level is low in blood. ADH induces kidney to reabsorb water and also decrease sweating to preserve water.

Difference Between BLAST and FastA 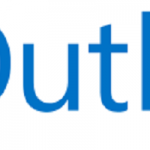 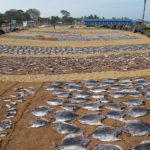