Millions of people are taking pain relievers at the drop of a hat without consulting their health care providers which can be injurious to their health. It is common to see people pop up pills like ibuprofen, aspirin, aleve etc whenever they have pain in a particular body part such as head, back, neck or any other part. Though there are many over the counter drugs available in the market for pain reduction, we shall concentrate upon aleve and ibuprofen, two of the most common pain relievers.

Different drugs have different chemical substances in them that have different effects on our body. These drugs work differently but have the same end result of lowering the pain in the body. Drugs also have side effects that many seem to ignore as long as they get their pain removed.

Ibuprofen is perhaps the most common of drugs that people consume without giving a second thought to get relief from pain. It is available as Motrin, Advil and many other brand names but all of them have the same working principle. It works in much the same way as aspirins as it minimizes the production of prostagladins. However, irritation of esophagus and stomach lining is seen lesser than with consumption of aspirin. Thus ibuprofen is better for alleviation of pains, especially for those who may have ulcers in their stomach or are suffering from acid reflux disease.

Aleve is a brand name of generic drug naproxen, and hence it is better to compare the action of naproxen with ibuprofen. But so popular has the brand name aleve become that people ask for this salt naproxen by its brand name (there are some who even do not know the drug they are taking). It is common to see people in offices asking their colleagues if anyone has aleve. Aleve is another anti-inflammatory drug that relieves a person of his pain (mostly headaches) just like ibuprofen. There are women who take it to get relief in menstrual cramps also.

What is the difference between Aleve and Ibuprofen?

Both aleve and ibuprofen are non steroidal drugs called NSAID. People buy them without doctor’s prescription to get relief from toothache, headache, backache, menstrual cramps, cold, and arthritis pain. As far as active ingredient is concerned, whereas it is ibuprofen in brands like Advil, naproxen is the generic drug in Aleve. There are differences in dosage of the two drugs. Ibuprofen is available in doses of 200mg and 400mg without prescription but higher doses are available on medical prescription only. Being NSAID’s, both increase the risk of heart failure, if consumed in high doses regularly. Both can create gastric problems also. As far as pain relief properties are concerned, aleve provides a longer relief than ibuprofen. The most basic difference between ibuprofen and aleve is that while ibuprofen is the salt name, aleve is a brand name containing naproxen.

Difference Between Prescription and Over the Counter Drugs 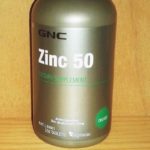