Both the terms refer to ways of organizing several elements together into various structures. Alloys and compounds defer in the way their constituent elements are mixed and held together, but both alloys and compounds are defined from a chemical standpoint.

What is an Alloy?

An alloy can be made by mixing one metal with another, several metals together or mixing non-metallic elements with a metal(s). Essentially it is defined as a solid solution. The main component metal in the alloy is known as the base metal and is referred to as the solvent within the solution and the other metals/elements used are referred to as solutes. This mixing is generally done at very high temperatures where the elements and metals are melted, mixed, and left to cool. When these metal-metal or metal-non-metal mixtures are formed, there is no occurrence of chemical bond formation between the various elements used. Therefore, the mixed elements remain intact together but display very different properties from the individual elements used, and alloys usually possess enhanced properties that are very useful in multiple applications. These properties could not have been achieved if the elements were used in isolation.

In general, alloys are tougher, stronger and heat durable than their component counterparts. Other properties such as less corrosiveness, shiny surface etc. can also be achieved depending on the type and amount of metals/elements used in the mixture. Therefore, alloys are usually produced to achieve specific requirements. When only two types of metals/elements are used to prepare an alloy, it is called a binary alloy, and when three different types are used we call it a tertiary alloy and so on.

What is a Compound?

Elements in a compound are held together in definite ratios and each compound would have its own unique characteristic properties. Each compound has its own unique name and as well as a unique chemical formula for identification. Some common examples for compounds include; NaCl, CaCO3, H2O etc.

What is the difference between an Alloy and a Compound?

• An alloy is a mixture of metals/elements whereas a compound is a way that several elements are bonded together through chemical reactions.

• An alloy at least would contain a metal in it, but most of the compounds are from a non-metallic origin.

• There’s a great variety of compounds than alloys.

• Alloys do not have chemical bonds between the elements whereas compounds do have.

• Alloys do not have strict proportions in elemental composition, but compounds do have.

Difference Between Metal and Alloy 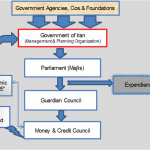