There are many pairs of words in English language that are pronounced in the same manner but have different meanings. One such pair of words is Allude and Elude where it becomes difficult for students of English language to differentiate between the two words when hearing them in a conversation. These words also make it difficult for students to choose the right word in written English. This article attempts to differentiate between allude and elude by highlighting the meanings of the two words so as to enable readers to use the right word depending upon the context.

To refer to someone indirectly is ‘to allude’. This means that allude is a verb that refers to making a mention of someone or something but in a less direct manner. It is like giving a hint of something or someone rather than directly naming the person or object. When you are alluding to someone or something, you are mentioning him indirectly or making a suggestion rather than naming him or thing directly. Take a look at the following examples.

• The opposition alluded to the inefficiency of the Prime Minister when talking about poor relations with the super power.

• Though the judge named no one, he alluded to lack of education being responsible for the prevalence of child marriage in the society.

• He did not talk about, but the husband alluded to an illicit affair of his wife during the divorce proceedings.

Elude is a verb that refers to the act of evasion. Elude means to escape or evade from something or someone like in the case of a criminal eluding the police. Elude is also used in the sense of avoiding something or someone. If there is a criminal who is not getting caught by the police, the criminal is said to elude the authorities continually. Take a look at the following sentences.

• The girl tried to elude her parents when she was with her boyfriend.

• The soldier eluded the enemy to avoid being captured.

• The solution of the puzzle continues to elude me.

• The student eluded teacher’s attention as she had not done the homework.

What is the difference between Allude and Elude?

• Both allude and elude are verbs, but whereas allude refers to an indirect mention of something or someone, elude refers to escape or evade.

• Elude is also used for the lack of understanding of a concept or an answer to a problem.

• Criminals elude police but allusion to a malpractice is done to avoid direct confrontation with authorities.

Difference Between Allusion and Illusion

Difference Between Verification and Validation

Difference Between Brought and Bought

Difference Between Bored and Boring 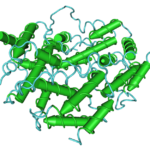 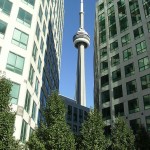 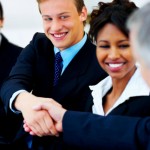