When Google introduced Android operating system, they were generous enough to share it as open source operating system. However, since Google had their own app market and every vendor encouraged the users to follow this market, Google had its share of profits. We reckon that’s only fair for introducing and supporting such an innovative and wonderful operating system. This ecosystem can prevail as long as individual manufacturers won’t go putting up their own app stores. Manufacturers like Samsung, LG, Motorola, HTC and others haven’t done that so far although we don’t know what the future holds for Google. What we know right now is Amazon has done that already and is successfully keeping an app store. It all started with the introduction of Amazon Kindle Fire.

Amazon Kindle Fire was the start of a budget tablet line that didn’t trade performance matrices for price. Amazon has given a lot of thought and engineered a perfect combination of performance and price with a wonderful display panel that facilitates the necessities of a surfer, reader, and a light gamer. This came as an extension to their Kindle line which only used to be an ebook reader. It was known after sometime that Amazon Kindle Fire runs on a heavily stripped version of Android core dressed up so much that best Android fans weren’t able to identify it. However, the real issue was in having their own app store, and now with the introduction of Amazon Kindle Fire HD, it’ll only grow and nourish. Hence let us explore the threats posed by Amazon Kindle Fire HD to the prince of budget tablet line today; Google Nexus 7 by Asus. The individual descriptions will follow with a thorough comparison afterwards.

Amazon lists that Kindle Fire HD has the most advanced 7 inch display ever. It features a resolution of 1280 x 800 pixels in a high definition LCD display that seems to be vibrant. The display panel is IPS, hence offers vivid colors, and with Amazon’s new polarized filter overlay on top of the display panel, you are bound to have wider viewing angles, as well. Amazon has laminated the touch sensor and LCD panel together with a single layer of glass reduces the effective screen glare. Kindle Fire HD comes with exclusive custom Dolby audio in dual-driver stereo speakers with auto optimization software for crisp balanced audio.

Amazon Kindle Fire HD is powered by 1.2GHz dual core processor on top of TI OMAP 4460 chipset with PowerVR SGX GPU. This sleek slate has 1GB of RAM to support the processor. Amazon claims that this setup is much faster than Nvidia Tegra 3 mounted devices although we need to do some benchmarking tests in order to verify that. Amazon also boasts of featuring the fastest Wi-Fi device which they claim is 41% faster than new iPad. Kindle Fire HD is renowned as the first tablet featuring dual Wi-Fi antennas with Multiple In / Multiple Out (MIMO) technology enabling enhanced bandwidth capabilities. With the dual band support, your Kindle Fire HD can automatically switch between the less congested band of 2.4GHz and 5GHz. The 7 inch edition doesn’t seem to feature GSM connectivity, which may be problematic if you’re in an area where Wi-Fi networks aren’t frequent to come by. However, with new devices like Novatel Mi-Wi, this can be easily compensated.

Amazon Kindle Fire HD will feature Amazon ‘X-Ray’ feature which used to be available in ebooks. This would enable you to tap the screen while a movie is playing and get the complete list of actors in the scene and you can further explore those using IMDB records right in your screen. This is a pretty cool and solid feature to implement inside a movie. Amazon has also enhanced the ebook and audio book capabilities by introducing immersive reading, which enables you to read a book and hear the narration of it at the same time. This is available for almost 15000 ebook audiobook couple according to Amazon website. This merged together with Amazon Whispersync for Voice would do wonders if you are a book lover. For instance, if you were reading and went to the kitchen to prepare the dinner, you’ll have to ditch the book for a while, but with Whispersync, your Kindle Fire HD would narrate the book for you while you’re making your dinner and you can come right back to the book after dinner enjoying the flow of story the whole time. Similar experiences are offered by Whispersync for Movies, Books and Games. Amazon has included a front facing HD camera that enables you to keep in touch using custom skype application and Kindle Fire HD offers a deep Facebook integration, as well. The web experience is said to be ultra-fast with the improved Amazon Silk browser that comes with the assurance of 30% reduction in page load times.

The storage starts from 16GB for Amazon Kindle Fire HD, but you can live with the internal storage since Amazon offers free unlimited cloud storage for all your Amazon content. Kindle FreeTime applications offer the parents with a chance to give a personalized experience for their children. It can limit children from using different applications for different durations and supports multiple profiles for multiple kids. We are positive that this is going to be a favorable feature for all the parents out there. Amazon guarantees 11 hours of battery life for Kindle Fire HD which is really great. This version of tablet is offered at $199 which is a great bargain for this killer slate.

Asus Google Nexus 7 is known as Nexus 7 in short. It is one of the Google’s very own product line; Nexus. As usual, Nexus is designed to last till its successor and that means something in the rapidly changing tablet market. Nexus 7 has a 7 inch LED backlit IPS LCD capacitive touchscreen that features a resolution of 1280 x 800 pixels at a pixel density of 216ppi. It is 120mm wide and 198.5mm in height. Asus has managed to make it thin as much as 10.5mm and rather light with a weight of 340g. The touchscreen is said to be made from Corning Gorilla Glass which means it would be highly scratch resistant.

Google has included a 1.3GHz quad-core processor on top of Nvidia Tegra 3 chipset with 1GB of RAM and ULP GeForce GPU. It runs on Android OS v4.1 Jelly Bean which would make it the first device to run on this newest Android operating system. Google states that Jelly Bean is specifically developed to enhance the performance of the quad core processors used in this device and hence we can expect a high end computing platform from this budget device. They have made it their mission to eliminate sluggish behavior and it seems the gaming experience is highly enhanced, as well. This slate comes in two storage options, 8GB and 16GB without the option to expand storage using microSD cards.

The network connectivity for this tablet is defined by Wi-Fi 802.11 a/b/g/n only which can be a disadvantage when you can’t find a Wi-Fi hotspot to connect. This won’t be much of a problem if you live in a country that has a wide Wi-Fi coverage. It also has NFC and Google Wallet, as well. The slate has 1.2MP front camera that can capture 720p videos and can be used for video conferencing. It basically comes in black, and the texture on the back cover is developed specifically to enhance the grip. Another attractive feature is the introduction of enhanced voice commands with Jelly Bean. This means Nexus 7 will host a Siri like personal assistant system which can answer your question promptly. Asus has included a 4325mAh battery that is guaranteed to last for 8 hours and that would give it enough juice for any general use.

• Amazon Kindle Fire HD features a HD camera in the front for video conferencing while Asus Google Nexus 7 has 1.2MP camera that can capture 720p videos.

This is a really difficult conclusion since these two tablets are so much alike. Kindle Fire HD and Nexus 7 score more or less the same dimension while featuring the 7 inch display panel with same resolution. I can’t fathom which display panel I would prefer for both have their pros and cons. At a glance, it seems Amazon Kindle Fire HD offers the better display panel although we need to get it for a ride in order to find out for sure. The processor and the chipset are definitely better in Google Nexus 7 which features a quad core processor on top of Nvidia Tegra 3 chipset compared to the dual core processor of Kindle Fire HD. However, since Amazon exclaims that their TI OMAP 4460 chipset performs better than Tegra 3, we need to run some complex benchmarking tests and find out the truth about that too. Since then, I think it’s fair to stick with the concept that Nexus 7 is better in performance. We don’t have any information about the operating system running on Amazon Kindle Fire HD which is bound to be a tightly stripped version of Android core. Our guess is that Amazon has adapted to ICS by now although there’s no apparent indication. On the contrary, Nexus 7 features the brand new Android OS Jelly Bean which is wonderful. That lifts us from hardware realm and moves us in to software realm. What does Amazon Kindle Fire HD has to offer that is hard to find in Nexus 7? For starters, Amazon is offering access to their content, some cool, new, additional apps and their own eco system. I particularly find the x-ray movie feature and Whispersync to be rather tasteful. Both of these applications have no current substitute in the Android market. That been said, we have to admit that Google Nexus 7 offers a whole lot more freedom compared to Amazon Kindle Fire HD which can only use applications from the Amazon app market with strict guidelines governing the usage unless you root the device. However, for Amazon’s model of Hardware as a Service, this is ideal since it comes with a lot of added modules and premium services associated with the slate.

Our final remark will be on the price which is exactly the same $199 for both of the tablets. Google Nexus 7 is available now although Amazon Kindle Fire HD will take some time before arriving at the actual markets. So think on the lines we emphasized and pick your best guess to be your brand new best pocket friend. 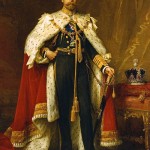 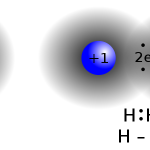 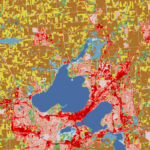 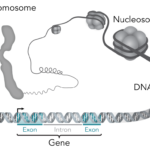