Amber and Red are two set of colors in the RGB color model. They are two of the different eye colors which include: hazel, blue, gray, brown, and green. Amber and Red are also very meaningful colors that can be founded in the bible.

Amber (with the coordinates 255, 126, 0 in the RGB color model and with hex code #FF7E00 in computer language representing colors), took its name from a fossilized tree resin material known as Amber. The color amber is yellow-orange (25% yellow and 75% orange). According to the mystics, the color amber brings luck. In the Bible, the color amber signifies the presence of God.

The coordinates of Red in the color model is 255, 0, 0 and the hex code is #FF0000. Red is 100% Red and is one of the primary colors aside from green and blue. There are many associated meanings of the color red. It could mean anger, war, temper, and also it could mean love. In the Bible, it connotes blood, war, temptation, and vengeance.

Difference between Amber and Red

The difference between red and amber are not that very confusing. Red is one of the primary colors while amber is a mixture already of two colors, a primary (yellow) and the orange. In symbolism they also differ significantly. Amber is more of a serine and glorious color whereas red indicates war and chaos. In human eyes, the color amber usually is golden or rusty due to the degradation of yellow pigment in the iris called lipochrome. People with red eyes on the other hand might be caused by severe albinism.

Different people likes to use different colors in which they are comfortable with. Some don not want the color red because it is too strong to the eye while others do not want color amber because it looks like rust. 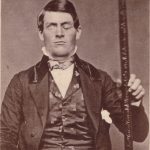