Despite their similarities in the names, American and English bulldogs exhibit some important and considerable differences. They have been originated in two different places in the world. In addition to that, the other existing differences have been subjected for this article.

The common bulldog is referred as English bulldog. As its name indicates, the origin of English bulldog was England. It is a small dog breed with a highly wrinkled face and characteristically pushed-in snout. Because of their short muzzle, bulldogs are referred as brachycephalic dogs. There is a skin fold above the muzzle, called rope. Their mouth is a drooping one, and has hanging skin under the neck. English bulldogs have broad shoulders; those are prominent when compared with the height. A well-built male bulldog is about 23 to 25 kilograms in weight and roughly about 4o centimetres tall at the withers. English bulldog’s neck is characteristically short and wide. Their fur coat is short with red, fawn, white, or mixed colours. Due to their smaller size, they do not need to do more exercises, and they can be kept even in a small area like a small apartment. Bulldogs can live between seven and twelve years in healthy conditions. Because of their drooping eyes, they are more prone to cherry eye and protrusion of third eye lid. Since they are sensitive to the extreme heat during summer, cooling methods should be available to control their body temperature.

American bulldog is one of the bulldog breeds with a medium sized body originated in the United States. There are three types of them known as Classic, Standard, and Hybrid. Usually, their body weights vary from 25 to 55 kilograms and the height at withers ranges from 50 to 70 centimetres. They are strong looking dogs with powerful jaws, large head, and prominent musculature. Their short coat is smooth, with brown, black, or fawn colour patches on a white background, but the standard type does not bear prominent dark colour patches. They have a short muzzle, but drooping of the skin is not common. However, American bulldogs have usually flapped ears, but they can suddenly erect them in an excited situation. They are social and active with their owners, and their average lifespan is from 10 to 15 years. They need a large space to exercise, and are good for the houses with gardens. People breed them for working purposes mainly, but they are popular pets as well.

Difference Between Labrador and Golden Retriever 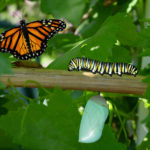 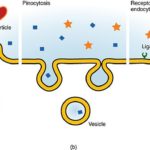 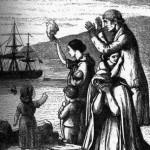