There are four foxhound breeds in the world, and American foxhound is a cousin of English foxhound. That means, they are close relatives, and rightly so because of the similarities shared between them. However, there are some exhibited differences between them. A better understanding about these two dogs’ physique, degree of sensitivity for smells, speed, and other physical characteristics would make it easier to differentiate an American foxhound from an English foxhound.

American foxhound originated in the United States, and it is a cousin to the English foxhound. A male American foxhound weighs around 65 – 75 pounds and would measure around 53 – 64 centimetres of height at withers. They have a long muzzle, a large skull, and long legs with straight bones. In fact, American foxhounds are the tallest among all the hounds. The tail of an American foxhound is slightly curved upwards. They have a very strong sense of smell and can run very fast; therefore, they have been bred for hunting foxes. American foxhounds are very lovable and home attached animals with a great loyalty towards the owner family. Their melodious bark is very popular among the owners of this breed. They require a considerable amount of exercises per day, and they would be suitable for homes with a garden. However, American foxhounds are not considered as a good guard dog. They can live around 10 – 12 years usually, but they can carry genetic disorders.

This is a popular dog breed with an English or British origin. English foxhounds are also scent animals and bred to hunt foxes in England and Great Britain originally. They are about 43 to 48 centimetres tall at withers, and weight could vary between 29 and 34 kilograms. The long muzzle, wide skull, and long neck along with the lean but very strong limbs are their general characteristics. English foxhounds are straight and round in their physique. Their paws have a round shape as in cats, or in other words, they have nice and round padded paws. The eyes of English foxhounds are large and offer a charming and engaging expression. The ears are long and lie on the head. Usually, their coat is tricoloured with black, white and tan or bi-coloured with any of those. English foxhound is a gentle, tolerant, and social breed. They are, however, stockier and slower breed than the other foxhounds. Usually, they live up to 13 years, and there are very few records of any disorders and health problems in English foxhounds.

Difference Between Fox and Jackal

Difference Between Albatross and Seagull 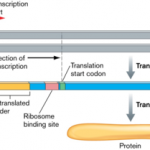