Amines can be considered as organic derivatives of ammonia. Amines have nitrogen bonded to a carbon.  Amines can be classified as primary, secondary and tertiary amines. This classification is based on the number of organic groups that are attached to the nitrogen atom.  Hence, primary amine has one R group attached to nitrogen; secondary amines have two R groups, and tertiary amines have three R groups. Normally, in nomenclature, primary amines are named as alkylamines. There are aryl amines like aniline, and there are also heterocyclic amines. Important heterocyclic amines have common names like pyrrole, pyrazole, imidazole, indole, etc. Amines have a trigonal bipyramidal shape around the nitrogen atom. The C-N-C bond angle of trimethyl amine is 108.7, which is close to the H-C-H bond angle of methane. Thus, the nitrogen atom of amine is considered to be sp3 hybridized. So the unshared electron pair in nitrogen is also in a sp3 hybridized orbital. This unshared electron pair is mostly involved in the reactions of amines. Amines are moderately polar. Their boiling points are higher than the corresponding alkanes due to the ability of making polar interactions. However, their boiling points are lower than the corresponding alcohols. Primary and secondary amine molecules can form strong hydrogen bonds to each other and with water, but tertiary amine molecules can only form hydrogen bonds to water or any other hydroxylic solvents (cannot form hydrogen bonds between themselves). Therefore, tertiary amines have a lower boiling point than the primary or secondary amine molecules. Amines are relatively weak bases. Although they are stronger bases than water, compared to alkoxide ions or hydroxide ions, they are far weaker. When amines act as bases and react with acids, they form aminium salts, which are positively charged.  Amines can also form quaternary ammonium salts when the nitrogen is attached to four groups and thus become positively charged.

There are about 20 common amino acids. All the amino acids have a –COOH, -NH2 groups and a –H bonded to a carbon. The carbon is a chiral carbon, and alpha amino acids are the most important in the biological world. D-amino acids are not found in proteins and not a part of metabolism of higher organisms. However, several are important in the structure and metabolism of lower forms of life. In addition to common amino acids, there are a number of non protein derived amino acids, many of which are either metabolic intermediates or parts of non protein biomolecules (ornithine, citrulline).  The R group differs from amino acid to amino acid. The simplest amino acid with R group being H is glycine. According to the R group, amino acids can be categorized into aliphatic, aromatic, non polar, polar, positively charged, negatively charged, or polar uncharged, etc. Amino acids present as zwitter ions in the physiological pH 7.4. Amino acids are the building blocks of proteins.

Difference Between Amine and Amide 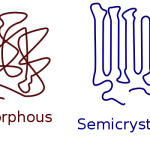 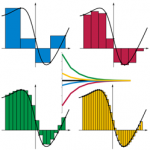