Amplitude is also a very important property of a periodic motion. To understand the concept of amplitude, the properties of harmonic motions must be understood. A simple harmonic motion is a motion such that the relationship between the displacement and the velocity takes the form of a = -ω2x where “a” is the acceleration and “x” is the displacement. The acceleration and the displacement are antiparallel. This means the net force on the object is also on the direction of the acceleration. This relationship describes a motion where the object is oscillating about a central point. It can be seen that when the displacement is zero, the net force on the object is also zero. This is the equilibrium point of the oscillation. The maximum displacement of the object from the equilibrium point is known as the amplitude of the oscillation. The amplitude of a simple harmonic oscillation strictly depends on the total mechanical energy of the system. For a simple spring – mass system, if the total internal energy is E, the amplitude is equal to 2E/k, where k is the spring constant of the spring. At that amplitude, the instantaneous velocity is zero; thereby, the kinetic energy is also zero. Total energy of the system is in the form of potential energy. At the equilibrium point, the potential energy becomes zero.

Magnitude is a reference to the size of the quantity discussed. This term is very important in vector analysis. Quantities such as speed, distance and energy are expressed only in the amount. Therefore, these quantities are called scalars. Quantities such as displacement and velocity are expressed in both the amount and the direction. These quantities are known as vectors. Magnitude is a term that can be used to both vectors and scalars. The magnitude of a vector is the size of the vector, which is also equal to the length of the vector representation. The magnitude of a scalar is the scalar itself. The magnitude is always a scalar quantity. A vector is formed by the combination of magnitude and the direction of the quantity. Magnitude can be either a negative or a positive value. A vector having a zero magnitude is known as a null vector.

Difference Between Vectors and Scalars

Difference Between Amplitude and Frequency

Difference Between Oscillation and Vibration

Difference Between Pitch and Tone 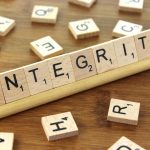