It is always important to discuss about these two endangered carnivores. Despite their similarities in feeding habits being carnivorous, the differences are useful to know. This article intends to highlight the differences between Amur leopard and Amur tiger.

Amur leopard is a wild feline predator native to the Russian far-east mountainous area. Amur leopard, Panthera pardus orientalis, is a subspecies of the common leopard. According to the assessment regarding their population dynamics, they are in the declining mode, and that has urged the IUCN to categorize them as a critically endangered species, which has a high risk of extinction from wild. However, their coat is paler in the winter and becomes shiny and contrasting in the summer. They have widely spaced rosettes, which are black colour discontinuous rings without a central spot. The fur coat becomes thicker and longer during the winter to face the piercing cold, but it is the other way around in the summer. A healthy male of Amur leopard has about 32 – 48 kilograms of weight. They are seasonal breeders with a gestation period of 12 weeks, and give births between late spring and early summer. The usual litter size is two or more. A healthy Amur leopard would live 10 – 15 years in wild and up to 20 years in captivity.

The Amur tiger, Panthera tigris altaica, aka Siberian tiger is a sub species of common tiger. Naturally, Amur tigers range in North-Eastern China and Korea and they prefer low lands with rivers and wet lands. The IUCN has categorized this subspecies as an endangered animal. They have a large body and an adult would weigh about 180 – 300 kilograms. Their summer coat is coarse and the winter coat is dense with long and silkier fur. They have orange to pale coloured fur with black stripes. Amur tigers are not seasonal breeders, but can mate at any time of the year. The gestation of the female lasts for 12 – 15 weeks, and the litter size is usually 2 to 4 cubs. Interestingly, these tigers can live around 25 years in wild, and more in captivity. 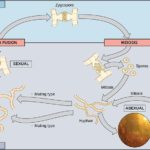 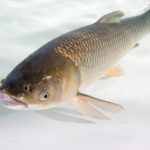