In order to understand the operation of analog TV, one must first understand the concept of analog signals. Most of the entities we encounter in our daily lives are analog entities. In physics, as well as electronics, analog is a term used to describe a signal or a function which can take any value over a given region. An analog signal is continuous. A sinusoidal voltage signal is a very good example for an analog signal. An analog signal has infinitely many values between any two given values. This is, however, limited by the capabilities and the resolution of the instruments used to measure these signals.

An analog TV is a television that uses analog signals to receive video and audio data. All televisions up to cathode ray televisions (CRTV) use analog signals. The earliest analog TVs used a disc with holes to transmit images. Today, analog TVs use frequency modulation to transmit sounds and amplitude modulation to transmit images. The video we see on a TV is, in fact, a series of images refreshed faster than the human eye can detect. Almost all of the analog TVs used in these days are based on the cathode ray tube. Analog televisions can either be wireless or can be operated using copper cables. Analog TVs use color systems such as PAT, NTSC and SECAM. These color systems are standards to define the signal shape corresponding to each color.

To understand the concept of digital TV, one must first understand the concept of digital signals. The term “digital” is derived from the word “digit” which means a specific number. A digital signal can take only discrete values. For example, the logic levels of 1 and 0 are digital values. A logic level between 1 and 0 or “true” and “false” doesn’t exist. If a digital signal is digitized with values very close to each other and with a large number of values, it can be said that the signal is a fine approximation for the corresponding analog signal.

What is the difference between digital TV and analog TV? 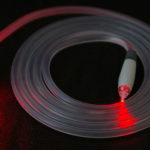