Careful reading with concentration would make it clear to understand the difference between anatomy and morphology as the two areas are closely related with each other. In fact, anatomy is a subdivision of morphology, but there are more differences than that between the two disciplines. Anatomy and morphology are two of the most discussed areas in biology, but to those who have particular interests in medicine.

The term anatomy means to cut open in Ancient Greek as the internal structure could be studied after dissecting the dead bodies. With that original meaning, anatomy has been a fundamental field of study in medicine. It has been considerably important for the biologists to classify the organisms in the correct taxa after studying the anatomy of animals and plants known as Zootomy and Phytotomy respectively. In anatomy, the biological structures are studied, which include organisms and their parts. There are two main aspects of anatomy known as macroscopic or gross anatomy and microscopic anatomy.

Usually, the gross anatomy of an organism or a part could be studied by the naked eye without any visual aids. The microscopic anatomy should be understood through the assistance of a visual aid such as a microscope or other zooming device. How the tissues and cells have been organized (histology and cytology respectively) in a particular region of a system of an organism could be studied through microscopic anatomy. Anatomy has become an area of study over time, and it has been aided with new technological advances especially in the 20th century through the discoveries of x-rays, ultrasound scanning, and MRI scanning techniques.

Morphology studies structures starting from minute scale cellular level (cytology) through tissues (histology) up to organ systems of all the living beings. The external appearance or features such as colour, shape, size, rigidity, and other physical properties are also studied in morphology. These features bring the characteristics of organisms, and their uniqueness claims the identity of each structure and organism.

What is the difference between Anatomy and Morphology?

• Anatomy is a subdivision of morphology, whereas morphology is a branch of biology.

Difference Between Transvestites and Transsexuals

Difference Between Anatomy and Physiology

Difference Between Plant and Animal Cytokinesis

Difference Between Detritivores and Saprotrophs 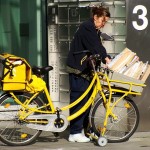 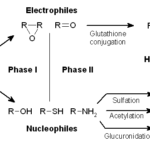 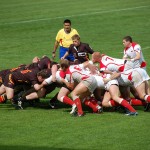