Honeycomb is the first Android platform entirely designed for devices with large screens such as tablets and it is the first version of the platform designed to support symmetric multi processing in a multi core environment. Honeycomb took the advantage of the larger real estate in mind and designed the UI, the new UI looks awesome. Android 3.0 offers 5 home screens that can be customized and scrollable, and offers new wall papers. The widgets are redesigned to enhance the appearance on a large screen. The key board also redesigned with keys reshaped and repositioned and new keys are added. With Honeycomb, the tablets do not need physical buttons; the soft buttons appear on the bottom of the screen regardless of which way you orient the device.

The other new features in Honeycomb include 3D transition, bookmark syncing, private browsing, pinned widgets – create your own widget for individuals in the contact list, video chat using Google Talk and auto-form fill. It has integrated the redesigned YouTube for 3D, tablet optimized eBooks, Google Map 5.0 with 3D interaction, wallpapers and many of the updated Android phone applications.

With the improved web browser, surfing the net is amazing, it gives a full web browsing experience with the support of Adobe Flash Player 10.2. Honeycomb also has incorporated all Google apps such as Gmail, Google Calender, Google talk, Google Search, Google maps and of course a redesigned YouTube. In additon it has integrated ebooks. Google proudly boasts that it has millions of books to go with Google ebooks, currently it’s having 3 million ebooks. The eBook widget on the home screen gives you access to scroll through the list of bookmarks.

The other features that you will be bewildered with Honeycomb tablets are the face to face chat with millions of Google talk users and the 3D effect in Google Map 5.0.

However, as a very new design, different from its previous OS for smartphones, it had some flaws. The latest update Android 3.1 is a major release issued to address the flaws experienced by Xoom users.

Android 3.1 is the first major release to Honeycomb, this is an add on to the Android 3.0 features and the UI. It enhances the capabilities of the OS for both users as well as the developers. With the update, the UI is refined to make it more intuitive and efficient. Navigation between the five home screens is made easy, a touch of the home button in system bar will take you to frequently used homes screen. The home screen widget can be customized to add more information. And the recent apps list is expanded to more number of applications. The update also supports more varieties of input devices and USB connected accessories.

In addition to these new features, some of the standard applications are improved in order to optimize the larger screen. The improved applications are Browser, Gallery, Calendar and Enterprise Support. The improved browser supports CSS 3D, animations and CSS fixed positioning, embedded playback of HTML5 video content and plugins that use hardware accelerated tendering. Web pages can now be saved locally for offline viewing with all styling and imaging. Page Zoom performance also improved, giving a better browsing experience.

4. System bar at the bottom of the screen for system status, notification and it accomodates navigation buttons, as like in Google Chrome.

7. Redesigned keyboard for larger screen, keys are reshaped and repositioned and new keys added such as Tab key. button in system bar to switch between text/voice input mode

8. Improvement to text selection, copy and paste; very close to what we do in computer.

9. Buil in support for Media/Picture Transfer Protocol – you can instantly sync media files through USB cable.

12. New support for Bluetooth tethering – you can connect more types of devices

13. Improved browser for efficient browsing and better browsing experience using the large screen – some of the new features are:

– multiple tabbed browsing instead of windows,

– multi-touch support to JavaScript and plugins

– improved formatting for international phone numbers based on home country

3. Action Bar at the top of the screen can be customized by developers according to application

4. A new builder class to create notifications that include large and small icons, title, a priority flag, and any properties already available in previous versions

10. Built-in support for MTP/PTP over USB

Device administration applications can include new types of policies, such as policies for encrypted storage, password expiration, password history, and requirement of complex characters for passwords.

Android 3.1 additional features and improvements to UI and  standard applications in Android 3.0

Android 2.3, the Gingerbread was released in December 2010. Android 2.3 version release includes a lot of improvements to the standard features in Android 2.2 (Froyo) and incorporated many new features.

Android 2.3(Gingerbread), supports Bluetooth as well as Wi-Fi. Wi-Fi hotspot functionality can connect 6 devices. In the sense, you can use Android 2.3 phone as a wireless broadband router. It also supports for NFC (Near Field Communication) which is a high speed data communication mechanism operates in high frequency within a short range (10 cm).

In addition to standard voice calling, Android 2.3 supports for SIP audio and video calling. If you have a good 3G or Wi-Fi connection and a SIP account you can make internet calling. It breaks the boundary of regionalist concept and flies in the global domain.

Power Management is one the critical tasks in these kind of Mobile operating systems. Even if you have all these fancy features, if the battery life of the device is couple of hours, then there is no use in the added features. Android 2.3 handles it in a better way than earlier versions. Here in 2.3 the OS manages the applications and daemon application which are running at the background and closes the unnecessary applications.

There were four updates issued so far to Android 2.3; the first two were  small OTA updates. Android 2.3.1 included Google Map 5.0 and bug fixes, 2.3.2 update issued to fix a major bug in the SMS application.

Android 2.3.3 is a small update to Android 2.3, few features and APIs are added to Android 2.3. (API stands for Application Program Interface). The notable upgrade is the improvement for NFC, now applications can interact with more types of tags. NFC communication relies on wireless technology in the device hardware, and is not present in all Android devices. Improvement is made to API for developers to request filtering on Android Market, so that their applications are not discoverable to users whose devices do not support NFC.

There are some improvements on Bluetooth as well for non-secure socket connections. There are some more changes for developers in graphics, media and speech. The Android 2.3.3 API is identified as 10.

Android 2.3.4, the latest over the air Android version update to Gingerbread brings an exciting new feature to Android based devices. With the upgrade to Android 2.3.4 you can video or voice chat using Google Talk. Once updated you will notice a voice/video chat button next to your contact in Google Talk contact list. With one touch you can send an invitation to start a voice/video chat. You can make video calls via 3G/4G network or via Wi-Fi. The Android 2.3.4 update in addition to this new feature also include some bug fixes.

The update was initially issued to Nexus S phones and will be launched to other Android 2.3.x devices at a later date.

* In operator point of view, SIP Communication support feature will decrease their voice calling revenue where as user can call each other for lower rates or even free if they have good data connection.

The Nexus S is the newest smartphone introduced by Google in December 2010 which was powered by Gingerbread. The device was co-developed by Google and Samsung to run Android 2.3 (Gingerbread).

The first two revisions, 2.3.1 and 2.3.2 are OTA updates. Android 2.3.3 release includes few feature improvements and API upgrades for developers. The upgrades are mainly on NFC (Near Field Communication) and Bluetooth. NFC is a useful technology in M-commerce that is expected to replace many types of cards we carry for transactions and can be used in ticketing and many other applications as well. The new API level assigned to Android 2.3.3 is 10.

The new feature, voice/video chat with Google Talk included in Android 2.3.4 is demonstrated in the video below. 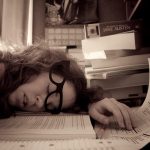 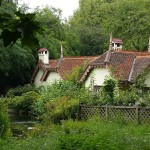