An operating system is something that gets updated at least once a year. In between two updates, there will be a lot of minor releases, updates and bug fixes. When we take a look at Android mobile operating system, it is no different, but the specialty is that, it comes from Google and follows Google’s pattern in innovation. For instance, Google believes in releasing new application in a crude shape and then fine tune it with the feedback they get from the users. This is indeed a brilliant way to cater exactly to the consumer needs. The only drawback is that, there will be a slight delay for consumers in getting the features they want. Then again, if you have been a Google service user for some time, this may not be a brain teaser for you.

Today, we will talk about the newest release of Android OS, Android 4.1, which is codenamed as Jelly Bean. It is marketed under three key differences; Faster, Smoother, and More Responsive compared to ICS. It is primarily aimed at iOS 6 release and introduces some significant advantages. We will talk about these two operating systems individually and move on to comparing them.

There is a common saying among techies when it comes to Windows OS; the proceeding version is always slower than the predecessor. Fortunately, that’s not the case for Android. So Google can proudly announce Jelly Bean as the fastest and smoothest Android yet, and as consumers, we certainly can embrace it gladly. When we look at what’s new in Jelly Bean, there are differences in the developer’s point of view, and then there are more tangible differences that anyone can see and feel. I will not go in to length about the API difference and concentrate on tangible differences.

The first thing you will notice is that, Jelly Bean is quicker to respond your touch. With their intuitive UI, Google guarantees an effortless operation with the lowest touch latency. Jelly Bean introduces the concept of extending vsync timing across the UI. What this means in layman’s terms is that, every event in the OS will in sync with this vsync hearbeat of 16 milliseconds. Normally when we use the phone after a period of inactivity, it can tend to be sluggish and slightly less responsive. Jelly Bean has also said goodbye to this with the added CPU input boost that ensures the CPU is dedicated for the next touch event after a time of inactivity.

Notifications bar has been one of the major interests in Android for a long time. Jelly Bean brings a refreshing change to the notification framework by allowing applications to use it with more diversity. For instance, now any application can display expandable notifications that have support for content types such as photos and dynamic content. I’m sure consumers will have a plenty of things to play around with the notification bar when applications pick the scent of this new goody. The browser is also improved, and some added language support enables more consumers to embrace Android in their mother tongue.

When we look at the Stock applications, Google Now is undoubtedly the most talked about app. It is so popular because of its ardent simplicity. Google Now features information that has any importance to you at any given time. It is a learning application which can quickly adapt to your habits and display the information you want as cards. For instance, you go on a business trip, and you’re out of country, Google Now will show you the local time and the relevant exchange rates. It will also volunteer to assist you in reserving an air ticket back home. It can also act like a personal digital assistant like Apple’s famous Siri. Besides these apparent differences, there are a lot of new features and changes at the back end, and we can safely assume that consumers will have enough and more apps that would use these features to come up with cool things.

Android 4.0 Ice Cream Sandwich was the successor for Honeycomb and Gingerbread. You may wonder why I used two operating systems to introduce ICS; that’s because Honeycomb and Gingerbread were built for two different purposes. Honeycomb was newer than Gingerbread, but was optimized for tablets while Gingerbread had the domination over smartphones. When ICS was introduced, Google wanted synergy between these two ends and merged ICS to be in the middle. Hence it was Simple, Beautiful and beyond smart as advertised. It was the first Android operating system to introduce unified UI for both tablets and smartphones.

Besides the revolutionary UI, ICS was heavily optimized for multitasking. It enabled users to seamlessly switch between applications and the rich notification panel made everything attractive. Home screen also got redesigned with an emphasis on enabling to make the common actions more visible. Folders were introduced to the home screen which could be used to group few icons together. The widgets were also resizable which was a significant advantage. The lock screen featured new actions where one can directly jump to the camera and notification window. The text and spell checking has also been improved to feature a super-fast engine.

A powerful voice input engine was introduced to be used against Apple’s Siri although necessary applications still needed to be engineered. In terms of apps, I always enjoyed using the People app which offers rich profile information about everyone. It is a user centric system where everything about a user can be found at one place including profiles in social media etc. Further, the camera capabilities have also been increased with several new features that enable the user to take artistic picture.

A Brief Comparison Between Android Ice Cream Sandwich and Jelly Bean (Android 4.0 vs 4.1)

• Jelly Bean is faster, smoother and more responsive than ICS because it features the extended vsync timing unit across all elements of the UI.

• Jelly Bean can respond faster even when the phone suffered a period of inactivity due to the new CPU input boost application.

• Jelly Bean has a versatile notification bar where applications can create vivid notifications with a wide variety of dynamic content.

I reckon a conclusion is the last thing that one wants with a comparison like this. After all, the successor is supposed to be better than its predecessor. Without failing that promise, Android Jelly Bean certainly is better than Android ICS. Further, if you’re familiar with ICS, then changing to Jelly Bean won’t give much trouble at all. The only problem I see is that, it would need a high end smartphone to run, so don’t boot your Galaxy S on Jelly Bean and expect it to be fast. 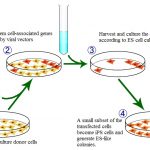