CyanogenMod 6 and CyanogenMod 7 both are android based firmware for android devices. After introduction of HTC dream in Sept 2008, a mechanism called rooting was introduced to access the privileged controls on Linux based android operating system as root or admin user. This discovery and the nature of android operating system allowed android firmware modification or reinstallation.

CyanogenMod (pronounced sigh-AN-oh-jen-mod) is one of the android based firmware (Embedded Operating System) for android devices developed by Cyanogen. Initial release of Cyanogen was 3.1 and the latest at the moment is CyanogenMod 7.

CyanogenMod 6 is a release based on Android 2.2 codenamed “Froyo”.

This supports for Nexus One,Dream,Magic,Droid,Legend,Desire,Evo,Wildfire,Incredible and Slide.

CyanogenMod 7 is the latest release from Cyanogen based on Android 2.3 codenamed “Gingerbread”. On top of the existing feature in CyanogenMod 6, it supports WiFi calling with T-Mobile to make calls over WiFi in career graded voice. 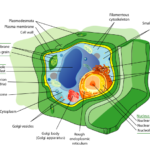 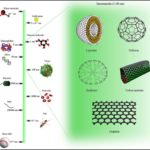