Animation is an art of drawing sketches of object and then showing them in a series of frames so that it looks like a moving and living thing to us while a video is a recording of either still or moving objects. Thus the two arts are poles apart though serving the same purpose of allowing a person to view them like motion pictures. There is no dearth of people who are always confused between a video and an animation thinking them to be same but it is there for all to see that animation is a video that is created by the efforts of an artist who makes lots of sketches that are shown using a camera at a high rate that makes us feel as if it is a video and we are viewing a moving object. Read on to learn more differences between animation and video.

Videos are made with the help of a video camera and you can start shooting anywhere and anytime you want. You don’t’ even need a person as you can shoot nature or whatever comes to your mind. You can even shoot the actions of your pet dog and then see it on the small LCD of the video camera or replay the video on your TV by connecting the camera with the TV. On the other hand, an animation starts in the minds of a cartoonist who is either given a story with characters or makes a series of pictures involving a character depicting it. Once the animator or the artist has completed his series of drawings, these are fed into a computer where you can add back ground music or voice to illustrate the story.

Creating animated video is easier as most of the work is done using computers. However, it is easier said than done as the main work involvers creating illustrations that take a long, long time for an artist even if he uses computer software for the purpose.

Once converted in the video format, there is virtually no difference between an animation and a video as one can upload or download them just like normal videos.

Difference Between CISCO Mobile and CISCO Jabber and CISCO WebEX

Difference Between Morphing and Tweening 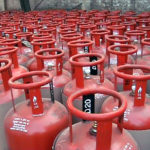