Home / Technology / IT / Security / Difference Between Antivirus and Firewall

Both Antivirus software and Firewalls are mechanisms that are used as security measures in computer networks. A device or set of devices intended to allow permission to accept/deny transmissions based on a certain set of rules is called a firewall. Firewall is used to protect networks from unauthorized access, while permitting legitimate transmissions to go through. On the other hand, Antivirus software is used for the prevention, detection and removal of malware.

What is a Firewall?

A Firewall is an entity (a device or a group of devices) designed to control (permit or deny) network traffic using a set of rules. A Firewall is designed to permit only the authorized communications to pass through it. A Firewall can be implemented in both hardware and software. Software-based firewalls are a common place in many personal computer operating systems. Moreover, firewall components are contained in many routers. Conversely, many firewalls can perform functionality of routers as well.

There are several types of firewalls. They are classified based on the location of communication, location of interception and state being traced. A Packet filter (network layer firewall), looks at packets entering or leaving the network, and accepts or rejects them based on the filtering rules. Firewalls that apply security mechanisms to specific applications, such as FTP and Telnet servers are called Application gateway proxies. In theory, that Application level firewall is able to prevent all unwanted traffic. Circuit-level gateway applies security mechanisms when UDP/TCP is used. A Proxy server itself can be used as a Firewall. Since it can intercept all messages entering and leaving the network, it can effectively hide the true network address.

What is an Antivirus?

Antivirus (Antivirus software) is a software application used for the prevention, detection and removal of malware. Malware (malicious software) can come in many forms such as computer viruses, computer worms, Trojan horses, spyware and adware. Different strategies, like signature-based detection, are used by antivirus software. Signature-based detection operates by looking for known patterns within executable code. However, this method will not work for new types of Malware for which the signatures are not known yet. To resolve this issue, heuristic measures like generic signatures are used. More recently cloud-based antivirus is becoming popular due to the emergence of cloud computing and SaaS.

What is the difference between Antivirus and Firewall?

So, it is clear that both Antivirus and Firewalls are seemingly similar because they both act as security measures for computer networks, but they do have their differences. In fact, network firewalls will prevent unknown programs (or processes) from accessing the system. But the difference is, unlike antivirus software, they do not attempt to identify and remove any threats. A network firewall can actually stop or limit infections reaching the protected unit and can limit malicious activities of an already infected machine by blocking unwanted incoming/outgoing traffic. But, a network firewall can never replace antivirus software, because their duties (or roles) are different. A firewall is dedicated towards protection from broader system threats compared to antivirus software.

Difference Between Firewall and Router

Difference Between Virus and Antivirus 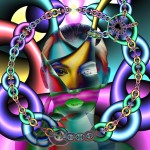 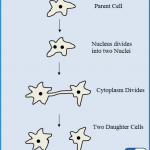