1. Overview and Key Difference
2. What is Apodeme
3. What is Apophysis
4. Similarities Between Apodeme and Apophysis
5. Side by Side Comparison – Apodeme vs Apophysis in Tabular Form
6. Summary

Apodeme is an internal in-growth found in insect exoskeleton. In fact, it is a piece of the inflected cuticle of insects. Moreover, it is a calcified infold. It contains chitins as well. Hence they are stronger and stiffer than vertebrate tendons. Apodemes can stretch and store energy. Furthermore, apodemes provide attachment sites for muscles in the body of an insect, carrying out a similar function as tendons. Therefore, all muscles of insects are attached to exoskeleton mainly via these invaginations. 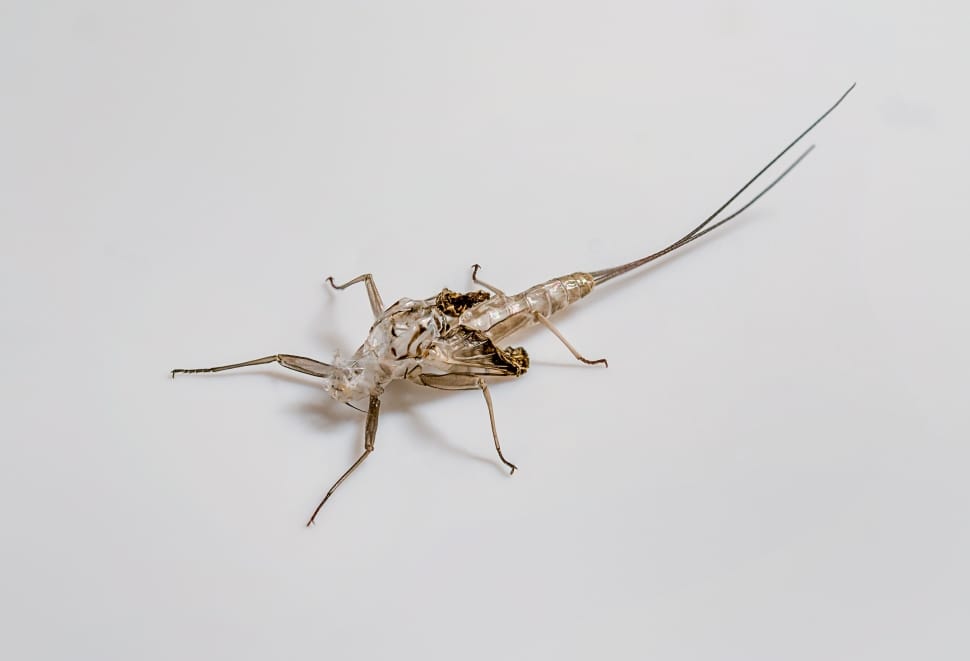 Furthermore, apodeme supports internal organs. It is a ridge-like invagination. Generally, they are found in many arthropods. They are visible to outside as grooves.

Apophysis is another type of inward fold found in insects. It is a finger-like invagination. It is visible externally as a tiny pit. Similar to apodeme, apophysis provides attachments points for muscle. Moreover, they increase the surface area of the exoskeleton for muscle attachment. Not only that, apophysis adds strength and rigidity to the exoskeleton.

What are the Similarities Between Apodeme and Apophysis?

What is the Difference Between Apodeme and Apophysis?

Moreover, apodemes appear as grooves to the exterior, while apophyses appear as tiny pits from the outside. Therefore, we can consider this as another difference between apodeme and apophysis. 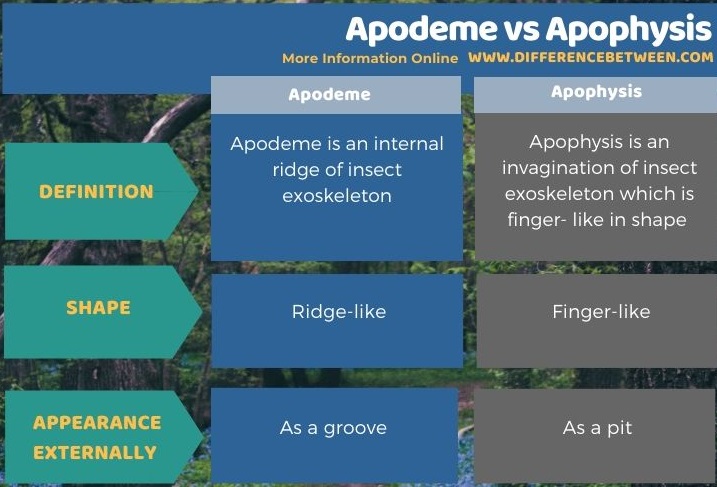 Apodeme and apophysis are two types of inward growths seen in arthropod exoskeleton. They are clearly visible in insect exoskeleton. Of these two types, apodemes are ridge-like invaginations, but apophyses are finger-like invaginations. So, this is the key difference between apodeme and apophysis. However, both invaginations provide points of attachments for muscles. Also, they both support the internal organs. Besides, they also add strength and rigidity to the exoskeleton of insects. Furthermore, the apodemes are visible as grooves to the outside, but the apophyses are visible as tiny pits. Thus, this is the summary of the difference between apodeme and apophysis.

Difference Between Cervix and Uterus

Difference Between Axons and Dendrites

Difference Between Probiotics and Digestive Enzymes 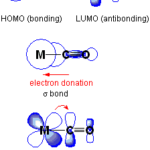 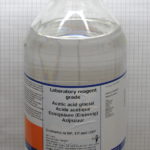 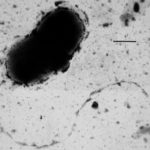 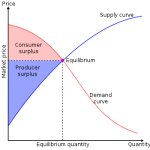