Apple released the new version of Apple iOS, which is iOS 6.1; the successor to iOS 6 last Saturday. It will be available as a free download through your iOS device or the Apple website. This has proved to be one of the most anticipated releases from Apple which is attested by the huge rate of adoption. Hence we thought of finding out what makes iOS 6 and iOS 6.1 different from one another. Here is our take on both operating systems so that you can understand what each entails.

Apple iOS 6.1 can be considered as one of the smartphone OS updates that have had the highest adoption rate. In fact, preliminary reports suggest that the iOS 6.1 update has penetrated 22% within 3 days’ time. This is quite an achievement itself for Apple and iOS. Let us take an in-depth look at what has changed over the versions. In the PR release, Apple states that iOS 6.1 update is to provide 4G LTE capabilities for 36 additional iPhone carriers and 23 additional iPad carriers. This would essentially mean LTE for more people. So if you did have an iPhone that has LTE; yet your carrier didn’t support it, this is the time to check whether your carrier is included in the iOS 6.1 updated lists.

Apple iOS 6.1 also comes with the ability to reserve movie tickets in the US through Siri using Fandango. For those who are wondering what is Siri; it’s one of the most advanced digital personal assistants in the world offered with the iOS. Another enhancement Apple has added is the ability for iTunes Match subscribers to download individual songs to their iOS devices from iCloud. Apple has also added Bluetooth keyboard compatibility to the Apple TV which is another usability extension. With that update in place, you can now search iTunes or Youtube on your Apple TV with your iOS device. It also seems that Apple has integrated new Apple Map API although to see the results of this, we will need to wait until developers use this new API.

Among the devices that can get the iOS 6.1 update; iPhone 5 and iPad (third and fourth generations) was imminent choices. Other than that, Apple is also supporting iPhone 4S, iPhone 4, iPhone 3GS, iPad 2, iPad mini and iPod Touch (fourth and fifth generations).

As we discussed before, iOS has been the main inspiration for the other OSs to improve their appearance in the eyes of the users. Hence it is needless to say that iOS 6 carries the same charisma in impressive looks. Besides that, let us look what new Apple has brought to the plate with the iOS 6.

iOS 6 has improved the phone application significantly. It is more user friendly and versatile. Combined with Siri, the possibilities to this are endless. It also enables you to reject calls more easily with a pre-composed message and a ‘don’t-disturb’ mode. They have also introduced something similar to Google Wallet. iOS 6 Passbook lets you keep e-tickets in your mobile phone. These may range from musical events to airline tickets. There is this particularly interesting feature related to airline tickets. If you have an e-ticket in your Passbook, it would automatically alert you once the departure gate was announced or changed. Of course, this means a lot of collaboration from the ticketing / airline firm as well, but it’s a nifty feature to have. As opposed to the version before, iOS 6 enables you to use facetime over 3G, which is great.

A major attraction in the smartphone is its browser. iOS 6 has added a brand new Safari application which introduces a lot of enhancements. iOS mail is also improved, and it has a separate VIP mailbox. Once you define the VIP list, their mails would appear in a dedicated mailbox on your lock screen which is a cool feature to have. An apparent improvement can be seen with Siri, the famous digital personal assistant. iOS 6 integrates Siri with the vehicles on their steering wheel using the new Eyes Free feature. Leading vendors like Jaguar, Land Rover, BMW, Mercedes and Toyota have agreed to support Apple on this endeavor which would be a welcome addition in your car. Further it also has integrated Siri to the new iPad, as well.

Facebook is the world’s largest social media network, and any smartphone nowadays concentrates largely on how to integrate more and seamlessly with Facebook. They specifically boast on integrating Facebook events with your iCalendar, and that is a cool concept. Twitter integration has also been improved as per official preview of Apple. Apple has also come up with their own Maps application which still needs improvement on coverage. Conceptually, it can act as either a satellite navigation system or a turn by turn navigation map. Maps application can also be controlled using Siri and it has new Flyover 3D views of major cities. This has become one of the main ambassadors for iOS 6. In fact, let us look at the maps application in depth. Apple investing in their own Geographic Information System is an aggressive step against relying on Google. However, right now, Apple Maps application is going to lack information about the traffic conditions and some other user generated data vectors that Google has collected and established over the years. For instance, you lose Street View and instead get the 3D Flyover View as the compensation. Apple was conscious enough to provide turn by turn navigation with voice instructions with iOS 6, but if you intend to take public transport, the routing is done with third party applications unlike Google Maps. However, don’t expect too much right now because the 3D Flyover feature is only available to major cities in USA only.

• Apple iOS 6.1 has added the support for Bluetooth keyboard compatibility for Apple TV.

As it is the case with any operating system releases; the successive release is usually better than the predecessor release. That is why it’s called an update. That fact is preserved with the release of iOS 6.1, as well. Apple has made some significant improvements like enabling 4G LTE for more carriers to enhance the usability and the penetration of the Apple iOS devices. It is still early to determine what exactly this update would entail to; however, from everything we know about Apple, we can safely assume that they have made the iOS 6.1 to be better and more ubiquitous than iOS 6. 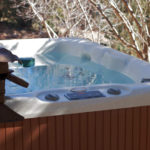