Apple iPad 2 and Motorola Atrix 4G are two master pieces from Apple and Motorola respectively. Apple created the benchmark for tablets with its iPad and the iPad 2 out performs the first generation iPad in all aspects. It’s lighter, slimmer, faster processor with double the RAM capacity that gives an improved performance and better power management, still all these didn’t alter the pricing pattern. iPad 2 basic model is priced at $499 and the higher end iPad 2 Wi-Fi + 3G with 64 GB memory is marked $829. Instead, Apple brought down the prices of the previous iPad by $100. Motorola Atrix 4G is one of the first Android 4G phones released in early 2011. It’s one of the best Android smartphone released by Motorola so far. Motorola introduced the Webtop technology with this phone. You can switch this phone in to webtop mode with the special laptop dock and can enjoy the mobile computing experience in a 11.5″ screen. Motorola Atrix 4G with the power of a mobile PC will be a real competiter for iPad 2. While you can make calls and surf the net at 4G speed with Atrix 4G, you cannot make calls from iPad 2 and surfing also at 3G speed. FaceTime in iPad 2 allows video calling only among iPad, iPhone and iPod Touch users. However, we shouldn’t forget that iPad 2 is a tablet with 9.7″ display while Motorola Atrix 4G is a smartphone with 4″ display and the laptop docket comes separately. AT&T sells Motorola Atrix 4G phone for $200 (phone only) on a 2 years contract with laptop dock for $500 on two year contract. It’s available in Amazon Wireless for $700.

Apple iPad 2 is the second generation iPad from Apple. Apple the pioneers in introducing the iPad have made further improvements to iPad 2 in design and performance. In comparison with iPad, iPad 2 gives a better performance with high speed processor and improved applications. The A5 processor used in iPad 2 is 1GHz Dual-core A9 Application processor based on ARM architecture, The new A5 processor’s clock speed is twice as faster than A4 and 9 times better on graphics while the power consumption remains same.

iPad 2 is 33% thinner and 15% lighter than iPad while the display is same in both, both are 9.7″ LED back-lit LCD displays with 1024×768 pixel resolution and use the IPS techology. The battery life is same for both, you can use it up to 10 hours continuously.

The additional features in iPad 2 are the dual cameras – rare camera with gyro and 720p video camcorder, front facing camera with FaceTime for video conferencing, a new software PhotoBooth, HDMI compatibility – you have to connect to HDTV via Apple digital AV adapter that comes separately.

iPad 2 will have variants to support both 3G-UMTS network and 3G-CDMA network and will release the Wi-Fi only model also. iPad 2 is available in black and white colors and the price varies depending the model and storage capacity, it ranges from $499 to $829. Apple also introduces a new bendable magnatic case for iPad 2, named as Smart Cover, which you can purchase separately.

The powerful Android smartphone from Motorola Atrix 4G is packed with excellent features and gives a benchmark performance. The 4″ QHD capacitive touch screen display that supports 960x 540 pixels resolution and 24-bit color depth produces a real sharp and bright pictures on the screen. The Nvidia Tegra 2 chipset (built with 1 GHz dual core ARM Cortex A9 CPU and GeForce GT GPU) with 1 GB RAM and a very responsive display makes mulitasking smooth and gives a better browsing and gaming experience. Motorola Atrix 4G runs Android 2.2 with Motoblur for UI and the Android WebKit browser supports full Adobe flash player 10.1 to allow all the graphics, text and animations on the web.

The unique feature of Atrix 4G is the webtop techology and the fingerprint scanner. Motorola introduced the Webtop technology with Atrix 4G that replaces a laptop. All you need to enjoy the power of mobile computing is the laptop dock and the software (which you have to purchase separately). The 11.5 inch laptop dock with full physical keyboard is built in with Mozilla firefox browser and adobe flash player that allows a fast, seemless browsing in a large screen. It will also mirror your phone content on the large screen. You can connect to internet with Wi-Fi or HSPA+ network that connects you at 21 Mbps speed. The phone is also 4G-LTE ready.

The other features include 5 megapixel rare camera with dual LED flash and capapbility of HD video recording at [email protected], front VGA camera (640×480 pixels) for video calling, internal memory of 16GB that can be expanded to 32GB using a memory card, HDMI port, microUSB port (HDMI cable and USB cable are included to the package). Video recording and play can increase to 1080p with OS upgrade to Android 2.3 or more. The battery life is very good compared to many other smartphones, it has a removable 1930 mAh Li-ion battery with a rated talk time of maximum 9 hours and up to 250 hours of standby time.

The device is availabe in the US market from March 2011 with AT&T. 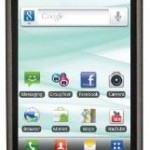 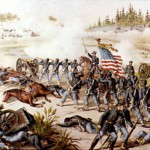