Apple iPad 2 is the most popular tablet PC today, it’s faster lighter and slimmer than iPad. OGT Tablet is the newest challenge to iPad 2, it’s introduced as the world’s slimmest tablet with only 7mm thickness. The ultra slim OGT Tablet has beaten the record of Samsung Galaxy Tab 10.1, Galaxy Tab 8.9 (8.6mm) and Apple iPad 2 (8.8 mm) in thinness. OGT Tablet is also light weight, it is only 550 grams (around 60+ grams less than iPad 2). The display is also having a higher resolution (188 ppi) than iPad 2 (132ppi). But strangely this new tablet is built with a single core processor, while all other tablets introduced in Q1, Q2 2011 are dual cores. OGT Tab has 1GHz processor. OGT Tablet is a dual camera device, the rear camera is the standard 5 MP, however, the front facing is 3MP. Like iPad 2 ,it is also available in two configurations, Wi-Fi model and 3G model. It also offers 16GB and 32GB variations for each model.

Apple iPad 2 is much faster and powerful than OGT Tablet, it is powered by a 1GHz dual-core A5 processor. It also has a 5MP rear camera but the front camera is less powerful, can be used only for video chat. The screen display is 132ppi but the display is a bigger sized, standing at 9.7 inches.

Apple iPad 2 gives a better performance than its previous version with high speed processor and improved applications. The A5 processor used in iPad 2 is 1GHz Dual-core A9 Application processor based on ARM architecture, The new A5 processor’s clock speed is twice as faster than A4 and 9 times better on graphics while the power consumption remains same. iPad 2 is 33% thinner and 15% lighter than iPad while the display is same in both, both are 9.7″ LED back-lit LCD displays with 1024×768 pixel resolution (132ppi) and use the IPS techology. The battery life is same for both, you can use it up to 10 hrs continuously.

The additional features in iPad 2 are the dual cameras – 5MP rear camera with gyro and 720p video camcorder, front facing camera with FaceTime for video conferencing, a new software PhotoBooth, HDMI compatibility – you have to connect to HDTV via Apple digital AV adapter that comes separately. iPad 2 will have variants to support both 3G-UMTS network and 3G-CDMA network and will release the Wi-Fi only model also. iPad 2 is available in black and white colors and the price varies depending the model and storage capacity, it ranges from $499 to $829. Apple also introduces a new bendable magnatic case for iPad 2, named as Smart Cover, which you can purchase separately. 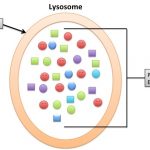