Apple iPhone 5 vs HTC One X

If somebody posed you the question which smartphone is the best, the answer to that is complex. It actually depends on your individual preference. Of course the performance matrices help you to make the decision, but that’s not everything. It can be a key reason if you compare two smartphones built a couple of years apart which makes the new phone the obvious winner. However, if that’s not the case, the best smartphone for you is the smartphone with the system that you are best accustomed for. Imagine you have already committed for some applications on iOS, and then moving to another operating system would incur more costs compared to keeping the applications you already paid intact on your OS and just changing the smartphone for a better OS upgrade. That is the reason why we disclaim that we can’t make a complete choice for you. What matters is your personal choice; after all, it’s you who are going to use the smartphone. This is a key argument brought to table by Apple customers where they claim that iOS is relatively easy to use and simplistic with intuitive gestures. This may have some truth in it because recently a court ruled against Samsung following so called gestures and some other characteristics of the iPhone due to patent infringement. Now Apple has a new signature smartphone on the line with the release of Apple iPhone 5 today and hence we thought of comparing it with one of the top smartphones in the market. The counterpart is considered as one of the four best smartphones by plenty of analysts and it certainly is a powerhouse packing a Quad Core processor. Here goes the battle between Apple iPhone 5 and HTC One X.

HTC One X is indeed the ace of the lot. It is filled with power that is waiting to burst out just like a beast. It follows the unique and ergonomically sound design pattern of HTC with curved edges and three touch buttons at the bottom. It comes in either Black cover or White cover although I rather prefer the purity of the White cover. It has 4.7 inches Super IPS LCD 2 Capacitive touchscreen featuring a resolution of 1280 x 720 pixels at a pixel density of 312ppi. It is rather thinner although not the thinnest in the market scoring a thickness of 9.3mm and it has a weight of 130g which is equally ideal for a short duration or a long duration.

These may sound like pretty trivial features for an Android smartphone, but this beast comes with a 1.5GHz Quad Core processor on top of Nvidia Tegra 3 chipset and 1GB RAM with ULP GeForce GPU. We are positive that the benchmarks will skyrocket with HTC One X. The beast is tamed by Android OS v4.0 IceCreamSandwich which we believe is suitable for handling multi core processors effectively, thus enabling HTC One X to attain its full thrust. HTC One X is somewhat short with the memory with 32GB internal storage without an option to expand, yet it’s still a lot of memory for a phone. The UI is certainly not the Vanilla Android; rather it’s a variant of HTC Sense UI. In the perspective of usability, we see the normal unique advantages of IceCreamSandwich being featured here, as well.

HTC has given some thought to this handset because it also has 8MP camera with autofocus and LED flash that can capture 1080p HD videos at 30 frames per second including stereo sound and video stabilization. The interesting feature is that HTC claims you can capture a snapshot even while you’re capturing 1080p HD video which is simply awesome. It also comes with 1.3MP front camera bundled together with Bluetooth v3.0 for the purpose of video conferencing. It features HSDPA connectivity up to 21Mbps, which is great. The Wi-Fi 802.11 b/g/n enables continuous connectivity and Wi-Fi sharing through the ability to host a Wi-Fi hotspot. It also has built-in DLNA, which enables you to stream rich media content to your SmartTV. We assume the HTC’s claim of having processing power to support a streaming video on the SmartTV while you’re on a call is not an exaggeration.

Apart from these facts, we know that HTC One X comes with 1800mAh battery; we can expect it to stand somewhere around 6-7 hours.

A Brief Comparison Between Apple iPhone 5 and HTC One X

There are some interesting benchmarking results out there we can adopt to compare these two smartphones in the same arena. At a glance, you’d say that Apple iPhone 5 only has a dual core processor rigged at 1GHz while HTC One X offers a Quad Core processor rigged at 1.5GHz so it is bound to be faster. However, when it comes to processors and their performance, a simple analysis like this won’t suffice. We have reason to believe that the processor in iPhone 5 is engineered by Apple which means they have done significant changes. It seems that they have kept the frequency and the number of cores at the same limit while increasing the number of instructions executed per clock. In layman’s terms, this is to say that Apple has exploited a way of improving the speed without actually increasing the clock speed. The same strategy has been adopted for the GPU, as well. The GeekBench benchmarks also show that the memory bandwidth has also been significantly improved. So all in all, we are to believe that iPhone 5 is actually twice as faster as iPhone 4S. So at a glance, this would put iPhone 5 and HTC One X at the same par in a performance comparison, and we can expect the iPhone 5’s performance not to lag far behind that of HTC One X, if at all. Hence our deciding factor becomes the price. As you can clearly understand, Apple iPhone 5 is of premium quality and looks prestigious as opposed to the HTC One X. Similarly, the price is also premium and, if you are willing to tag along with that, Apple iPhone 5 will not disappoint you. In this scenario, HTC One X becomes your budget replacement for Apple iPhone 5. 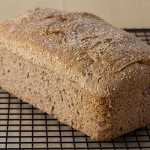 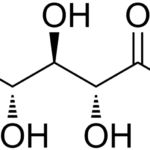