Different manufacturers take different time spans between the major releases of their signature products. Since we are talking about a highly evolving industry of smartphones, it’s always wise to update your signature line at least once a year. Hence manufacturers usually take less than one year to release the successor device. With Apple, the waiting duration is usually 10 months and after the successor is released, Apple tends to support two older generations to address different price points in the mid-range market. For instance, when Apple released the iPhone 5, they retained the iPhone 4S and iPhone 4 to fill the slots in the mid-range market of $99 and free with the plan respectively. However, as long anticipated, this time Apple along with iPhone 5S has released a budget smartphone, Apple 5C, to address the entry-level market. We dived in to check the difference between Apple iPhone 5S and Apple iPhone 5 to understand whether Apple has made any significant changes.

Apple iPhone 5S seems to be in agreement with the rumors that were flying around about it before its release. The main point of attraction in Apple iPhone 5S is the Touch ID which is its fingerprint reader. When you place your finger on the home button, it is said to scan your sub-epidermal layers that has a resolution of 500 points per inch and reads your fingerprint. This fingerprint identification, in turn, can be used to unlock your phone, authenticate app purchases etc. Apple has ensured that the fingerprint data is only kept locally and not sent to any outside server or iCloud which is a really good indication about privacy. When talking about the Touch ID, you’ll immediately notice that new Apple iPhone 5S has a circular home button compared to the square home button that it had in the previous generations. It has a capacitive ring around it which activates with the fingerprint scanner. In terms of usability, the Touch ID feature can be used at any orientation of the smartphone, and it also allows you to store multiple fingerprints so that multiple members can use your phone without having to enter the passcode.

Apple has announced that iPhone 5S will come with a new 64 bit A7 chip, and Apple claims that it’s the first 64 bit smartphone processor which may well be true. They also claim that their built-in apps are 64 bit optimized, as well. The graphics performance using OpenGL ES 3.0 has seen a bump of 56x while the CPU performance has seen a bump of 40x compared to the original Apple iPhone. A new M7 motion co-processor is also introduced with Apple iPhone 5S which has the sole task of measuring your motions using a series of data points gathered through accelerometer, gyroscope and compass. It looks a lot like the motion core in Moto X, and Apple emphasizes that this is there to help health and fitness apps. When looking at the exterior, Apple iPhone 5S is a lot more like Apple iPhone 5 and looks even more premium and elegantly built. It comes in three colors; Gold, Silver and Space Grey and Gold one certainly adds to the glamour of the device. It seems to have the same resolution as the iPhone 5 which might not be a point of improvement, but then Apple is hell bent on providing a consistent user experience and faithful Apple fans will be happy that the resolution was kept the same.

Apple iPhone 5S comes with Apple iOS 7 which definitely seemed a lot smoother and a lot colorful than the previous version. Other than that, we couldn’t see much difference at the moment, and we are expecting an in-depth review after the release of the device. The camera has gotten a boost hardware wise as well as software wise. The lens has f2.2 aperture and has a 15% larger sensor; which means, at the same 8MP, each pixel will have more space to let more light in. There is also a two tone flash included, which has a blue cool tone LED and an amber warm tone LED, to provide a better white balance. It can also take 720p videos at 120 frames per second, which is essentially a slow motion video mode and I guess that will be famous among people doing Vines. Apple iPhone 5S comes with 4G LTE connectivity, and Apple claims that it supports 13 LTE bands to facilitate the global reach of the device. Apple hasn’t included support for Wi-Fi 802.11 ac, but the support for other protocols are included. The battery power seems to be consistent at 10 hours browsing using LTE, 10 hours talk time using 3G and 250 hours of standby which is good as gold.

Apple iPhone 5 was introduced as the successor for prestigious Apple iPhone 4S and was launched on the 21st of September 2012 to the stores. Apple claimed iPhone 5 as the thinnest smartphone in the market at that time scoring a thickness of 7.6mm, which is really cool. It scores dimensions of 123.8 x 58.5mm and 112g of weight which makes it lighter than most of the smartphones out there in the world. Apple has kept the width at the same pace while making it taller in order to let the customers hang on to the familiar width when they hold the handset in their palms. It is said to be made entirely from glass and Aluminum which is going to be great news for artistic consumers. No one would doubt the premium nature of this handset for Apple has tirelessly engineered even the smallest parts. The two tone back plate feels genuinely metallic and is pleasing to hold on to. We particularly loved the Black model although Apple offers a White model as well. It uses an Apple A6 chipset along with Apple iOS 6 as the operating system. It will be powered by a 1GHz Dual Core processor that Apple has come up with. This processor is said to have Apple’s own SoC using ARM v7 based instruction set. The cores are based on Cortex A7 architecture which was previously rumored to be of A15 architecture. It is to be noted that this is not the Vanilla Cortex A7, but rather an in-house modified version of Apple’s Cortex A7 probably fabricated by Samsung. Apple iPhone 5 been a LTE smartphone, we are bound to expect some deviation from the normal battery life. But Apple has addressed that problem with the custom made Cortex A7 cores. As you can see, they haven’t increased the clock frequency at all, but instead, they have been successful in increasing the number of instructions executed per clock. Also it was noticeable in the GeekBench benchmarks that the memory bandwidth has been significantly improved as well. So all in all, now we have reason to believe that Tim Cook wasn’t exaggerating when he claimed that iPhone 5 is twice as faster as iPhone 4S. The internal storage would come in three variations of 16GB, 32GB and 64GB with no option to expand storage using microSD card.

Apple iPhone 5 has 4 inch LED backlit IPS TFT capacitive touchscreen featuring a resolution of 1136 x 640 pixels at a pixel density of 326ppi. It is said to have 44% better color saturation with full sRGB rendering enabled. The usual Corning gorilla glass coating is available making the display scratch resistant. Apple CEO Tim Cook claims that this is the most advanced display panel in the world. Apple also claimed that the GPU performance is as twice better compared to iPhone 4S. There may be several other possibilities for them to achieve this, but we have reason to believe that the GPU is PowerVR SGX 543MP3 with a slightly overclocked frequency compared to that of iPhone 4S. Apple has apparently moved the headphone port all the down to the bottom of the smartphone. If you have invested in iReady accessories, you may well have to buy a conversion unit because Apple has introduced a new port for this iPhone. The handset comes with 4G LTE connectivity as well as CDMA connectivity in different versions. The implications of this are subtle. Once you commit to a network provider and a specific version of Apple iPhone 5, there’s no going back. You can’t buy an AT&T model and then transfer the iPhone 5 to Verizon or Sprint’s network without buying another iPhone 5. So you will have to think rather carefully on what you want before committing to a handset. Apple boasts of an ultrafast Wi-Fi connectivity as well offering Wi-Fi 802.11 a/b/g/n dual band Wi-Fi Plus cellular adapter. Unfortunately Apple iPhone 5 doesn’t feature NFC connectivity nor does it support wireless charging. The camera is the regular culprit of 8MP with autofocus and LED flash that can capture 1080p HD videos @ 30 frames per second. It also has a front camera to make video calls. It is worthwhile to note that Apple iPhone 5 only supports nano SIM card. The new operating system seems to provide better capabilities than the old one as usual. We will report more news on the matter as soon as we have it. 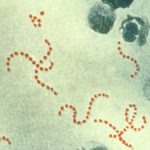