MacBook Pro Winter 2011 and iPad 2 are two amazing mobile computing devices from Apple. While there are many, especially purists, who would frown whenever there is any comparison of a tablet with a laptop, the enhanced capabilities of iPad 2 essentially bring it all the more closer to a laptop. With the launch of the Apple MacBook Pro Winter 2011, Apple is presenting a confusing scenario to first time buyers as to whether they should go for this latest laptop or the tablet from Apple. Below is a comparison of the two latest computing devices on some key features and capabilities that should enable a new buyer to go for one that suits his requirements best.

Size of the laptops has been under scrutiny ever since tablets arrived on the scene with consumers demanding more in a smaller laptop. With MacBook Pro Winter 2011, Apple seem to have found the answer to this conundrum as it has a 13.3 inch display, making it look closer to a table’s screen. Its overall dimensions are 12.8 x 8.9 x 0.95 inches and weighs just 4.5 pounds which becomes 5 pounds with AC adaptor.

On the other hand, iPad 2 has dimensions of 9.5 x 7.31 x 0.34 inches with a 9.7 inches display size. With no briefcase like design of a notebook, there is no separate keyboard and a hinge which means that Apple has been able to keep the weight down to just 1.33 pounds making it look like a toy in comparison to MacBook Pro Winter 2011.

Apple has upgraded the processor of its iPad 2 as it has replaced the older A4 processor and used 1GHz Dual-core A5 processor that is not only twice as fast as its predecessor buy processes graphics at least 9 times faster. The operating system is now legendary iOS 4.

However, this processing power is nothing in comparison to the power Apple MacBook Pro Winter 2011 has got with a 2.7 GHz Intel Dual Core 17 processor that makes computing effortless and seamless. In fact, this laptop has the same processing powers as the more expensive $2199 15 inch laptop presented last year. It has Apple Mac OSX10.6 as its operating system.

It is easy to see that despite a reduction in display and overall dimensions, MacBook Pro is still much heavier than iPad 2 and thus prefers a dilemma for those who are always on the move. iPad 2 with a weight of just 1.33 pounds makes it a lot easier to carry along.

Whether it is a laptop or a tablet, battery power is crucial as the user is away from the source of electricity often. iPad 2, despite being faster than iPad is a miser when it comes to consuming battery and the user can expect uninterrupted power supply for a maximum of 10 hours whether you are surfing, watching videos or listening to music. On the other hand, despite with a heavier processor, the battery of MacBook Pro Winter is phenomenal as it lasts for about 7 hours when fully charged.

While iPad is a dual camera device with a rear 3MP camera that can record HD videos and also a VGA camera in front to make video calls, MacBook pro Winter 2011 has an integrated camera that captures images and videos at a resolution of 1280 x 720 pixels.

While it is easy to see that as far as portability and weight are concerned, iPad 2 is superior to MacBook Pro Winter 2011, it is clear from the configuration that MacBook Pro is far ahead of iPad 2 when it comes to computing and multitasking abilities. With a 2.7 GHz dual-core processor, MacBook pro is far ahead with iPad 2, which though faster than its predecessor still has only a 1GHz dual-core processor. In terms of internal storage, MacBook is far ahead with a 320GB hard drive whereas iPad 2 has only 16 and 32 GB internal memory depending upon the model you purchase.

Leaving apart the specs, it all boils down to user requirements as iPad 2 can very much do much of what MacBook Pro Winter 2011, albeit with a slower speed. If it is just surfing and watching videos you can go ahead with iPad 2, but if you need to do serious computing along with multi tasking, it is better if you go with MacBook Pro Winter 2011. 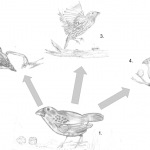 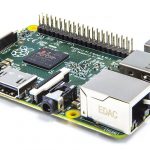 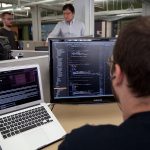