The study of patterns of numbers and their behaviour is an important study in the field of mathematics. Often these patterns can be seen in nature and helps us to explain their behaviour in a scientific point of view. Arithmetic sequences and Geometric sequences are two of the basic patterns that occur in numbers, and often found in natural phenomena.

The sequence is a set of ordered numbers. The number of elements in the sequence can either be finite or infinite.

An arithmetic sequence is defined as a sequence of numbers with a constant difference between each consecutive term. It is also known as arithmetic progression.

If the initial term is a1 and the common difference is d, then the nth term of the sequence is given by;

By taking the above result further, the nth term can be given also as;

The set of even numbers and the set of odd numbers are the simplest examples of arithmetic sequences, where each sequence has a common difference (d) of 2.

A geometric sequence is defined as a sequence in which the quotient of any two consecutive terms is a constant. This is also known as geometric progression.

The general form of the nth terms given by an = a1rn-1. (Losing the subscript of the initial term ⇒ an = arn-1)

The time interval between the bounces of a ball follows a geometric sequence in the ideal model, and it is a convergent sequence.

If the ratio, r ≤ 1, the series converges . For an infinite series, the value of convergence is given by Sn = a/(1-r)

What is the difference between Arithmetic and Geometric Sequence/Progression?

• In an arithmetic sequence, the variation of the terms is linear, i.e. a straight line can be drawn passing through all the points. In a geometric series, the variation is exponential; either growing or decaying based on the common ratio.

• All infinite arithmetic sequences are divergent, whereas infinite geometric series can either be divergent or convergent.

Difference Between Average and Weighted Average

Difference Between Binomial and Normal Distribution

Difference Between Regression and Correlation

Difference Between Integration and Summation 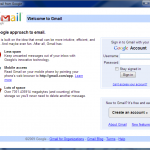 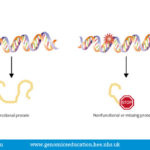 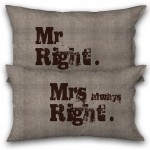