Arrest and detention are two related concepts in legal circles that are very confusing for common people especially after reading about house arrests, indefinite detentions, arbitrary arrests, and so on. These concepts are especially significant when a person finds himself under the scanner of a police force. There are basic rights of individuals that they must be aware of in the two conditions of detention and arrest. However, this requires appreciating the differences between arrest and detention first. This article takes a closer look at the two situations.

‘You are under arrest’ is the common dialogue that we have become used to hearing from actors playing the roles of police officers in movies. The word or the act of arrest refers to curbing the liberty of movement of a person in suspicion of having committed a crime or for the prevention of a crime. Arrest is carried out to seek information required to complete investigation of a crime or to produce the person in body before a court of law. In most countries of the world, it is the police force or any other law enforcement agency that has the power to arrest individuals. However, no one can be arrested arbitrarily by the police, and there has to be a valid reason in the form of an arrest warrant to justify taking a person into custody. When police have sufficient cause or reason to believe that a person has committed a crime, he can be handcuffed and taken into police custody for further questioning.

Detention is a concept similar to arrest but is considered to be a lesser intrusion on the privacy of an individual than arrest. However, detention does place a restriction on the movement of an individual as he is deprived of his freedom temporarily. You are not at a liberty to move at your will when you have been detained by a police officer in a police station. You are walking on the street, and suddenly a police officer comes close and asks for your permission to ask a few questions, how do you describe the act? It is certainly not arrest, and not even detention in the eyes of a judge as a police officer is believed to be doing his duty when he wants to clear his suspicion by way of asking a person a few questions after taking him in his custody. Detention is a tool that allows police to question a person when there is sufficient ground to believe that the person has committed a crime.

What is the difference between Arrest and Detention?

• Arrest is more formal than detention and has serious implications for a person in the eyes of the law.

• Arrest can take place after detention or straight away without detention. It depends upon the circumstances and the grounds on which an arrest is being made.

• Detention is lesser intrusion in the privacy of an individual than formal arrest though it curbs the liberty to move of a person just like an arrest.

• Arrest is often necessary to produce a person in a law court while detention is carried out to clear the suspicion of the police in many cases.

• Arrest requires charging an individual with a crime whereas detention does not require formal charges.

Difference Between Liability and Negligence

Difference Between Decriminalization and Legalization 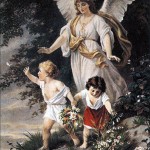 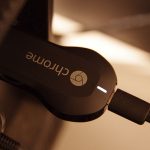 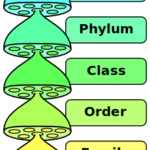