Ascending and descending are two terms that are taught in elementary math classes to students. In fact, these happen to be the very first of the math concepts that are taught to students. In general, ascending is a word that refers to the act of climbing up (stairs or a peak), whereas descending refers to the act of coming down or sliding down the stairs or a mountain peak. This article attempts to make clear the difference between ascending and descending for those who are still confused.

If you have a series of numbers that you have been asked to arrange in an ascending order, it merely requires you to write the smallest of the series in the beginning and write larger or bigger numbers subsequently till you arrive at the largest or the biggest number of the series. Ascending in this example implies increasing order, and the next number in this series is always bigger than its predecessor. All you need to do is to remember that to ascend is to go up or higher. The series 1,2,3, ….9 is an example of an ascending series. 10,20,30,.……100 is another example of and ascending series.

To descend is to go down or climb down. Thus if you are asked to write a series comprising numbers, you have to start with the largest in the series and go on writing smaller numbers till you arrive at the lowest or the smallest number in the series. The series z,y,x,….a is an example of a descending series. Another example is 9,8,7,……1.

• Ascending, in the world of math, means increasing and one needs to write numbers starting with the smallest going to the largest in the end.

• Descending means decreasing or climbing down as one has to start with the largest number and go on writing the subsequent lower number till he arrives at the smallest number in the end.

• You have an ascending series when the numbers are arranged from the smallest to the largest.

• You have a descending series when the numbers are arranged from the largest to the smallest number.

Difference Between Volume and Area

Difference Between Central Tendency and Dispersion

Difference Between Orthogonal and Orthonormal

Difference Between Variable and Parameter 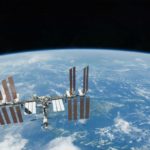 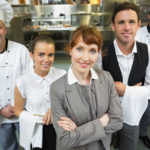 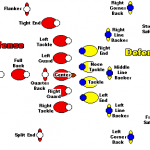