Home / Technology / IT / Programming / Difference Between ASP and PHP

Both ASP and PHP are server side scripting languages that are used to develop dynamic web pages; dynamic web pages are prepared by the server freshly for each viewing. The selection between the two languages may vary due to the scale of the website, development and hosting cost, support and deployment time.

ASP (Active Server Pages) is a proprietary product of Microsoft Corporation. Mostly large-scale companies use ASP for their web applications. The most compatible development tool for ASP is Microsoft Visual Studio because its built-in functionalities make it easy to develop the web applications rapidly. Typically, the number of lines of the code for a particular functionality is higher in ASP, which results in more time to deploy complex functionalities. Change in every single line of code results in re-compiling the whole code and, therefore, the development time is higher. ASP runs only on IIS (Internet Information Service) servers and is most compatible with Microsoft SQL Server database. Although ASP and IIS are free, they run on Windows platform. Therefore, to deploy websites in ASP, it is necessary to get a license of Windows and SQL Server database, which are not free. Support for the ASP is provided via the MSDN (Microsoft Software Developer Network) and MSDN community forums. Improvements to the ASP are done by Microsoft after collecting user experience data and feedbacks. As a whole, ASP supports its own technologies and tools, which comes under the product brand, Microsoft.

PHP (PHP Hypertext Preprocessor) is free and open source software, which was originally invented by Resmus Lerdorf around 1995. It is platform independent. Medium and small-scale businesses are using PHP web applications, as hosting and deployment costs are cheaper. Many development tools are available freely for the development of PHP applications. Most of those tools are simple and easy to use. When it comes to the deployment time, PHP takes lesser time because it uses less number of lines of code to implement even a complex scenario. As the code is interpreted at the server, there is no need of additional steps on a code change, results less development time. PHP runs on many HTML servers and compatible with MySQL, which is free and open source database management system. The cost to host a PHP web application is cheaper. Improvements, help and support of PHP are run through the community contribution.

When it comes to performance, one language may perform well in a specific scenario than the other and vice-versa.

Difference Between JVM and JRE 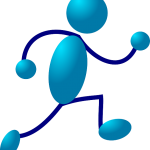