Asphalt and concrete, two construction materials that are frequently used in the world over, are two different choices of paving that can easily be confused with each other. However, each material has a unique quality of its own which renders each of them significant advantages and disadvantages that must be considered when being used as construction material.

What is Asphalt Concrete?

Asphalt, a mixture of aggregate such as sand, gravel and stones mixed with bitumen, a black sticky hydrocarbon gained from crude oil or natural deposits, is a substance that is frequently used for laying of road surfaces and pavements. It was refined to its current state by Belgian inventor and U.S. immigrant Edward de Smedt. There are several types of asphalt concrete. The Hot Mix asphalt concrete is made by heating the asphalt binder to decrease its viscosity. The Warm Mix asphalt concrete uses waxes, emulations or even water to the asphalt binding which allows more rapid availability of the surface for use and is often used for construction sites with tight time schedules. The Cold Mix asphalt concrete is produced by emulsifying the asphalt with water and soap, thus reducing the viscosity of the mixture before adding it to the aggregate. This is essentially used on less trafficked roads or as patching up material. The Cut-back asphalt concrete is produced by dissolving the binder in kerosene or another lighter fraction of petroleum while sheet asphalt or Mastic asphalt concrete is made by heating hard grade blown in a green cooker till it becomes a liquid and then adding it to the aggregates.

Concrete, composed of coarse granular material, is a composite material that acts as a glue in keeping the aggregate particles together. It is said that the use of concrete goes back to several thousands of years. Concrete floors made up of pebbles and lime dating back roughly to 1400-1200 BC were discovered within the royal palace of Tiryns in Greece while it was also discovered that lime mortar was used in Crete, Greece and Cyprus in 800 BC. In the modern world, concrete is used for laying foundations, pavements, making bridges, architectural structures and for a myriad of other modern construction purposes. The composition of concrete varies depending on the proportions of the main ingredients added to the mixture. A concrete mixture is made up of aggregates such as crushed rocks, limestone, or granite, coarse gravel, sand, cement, slag cement or fly ash which act as the binder, water and Chemical admixtures in varying amounts, each a deciding factor of the strength or the true calibre of the concrete. Concrete is time sensitive, because of which one needs to work fast with the material once the ingredients are mixed before hardening of the material.

What is the difference between Concrete and Asphalt?

While both concrete and asphalt are widely used construction materials, they cannot be used interchangeably as each features its very own unique characteristics.

Difference Between Cement and Concrete

Difference Between Clinker and Cement

Difference Between Carpet and Tiles and Wood for Flooring

Difference Between Silt and Clay 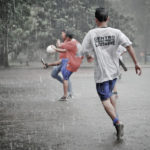 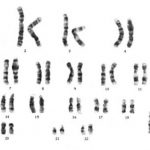