Asus FonePad is a device that might change the user cases for smartphones and tablets. It is a merge between a smartphone and a typical tablet which we come to call as a Phablet. However, the difference is that this is actually a tablet sized Phablet. Coming at 7 inches, the specialty of this tablet is its ability to emulate the functions of a smartphone; i.e. call and text. It may be one of the first of its kind and certainly demands attention from the majority who are reluctant to take multiple devices with them. That is why we would think of it as a brilliant idea. Especially given the women nowadays tend to carry handbags with ample space and multiple devices inside them (tablet + smartphone), it is highly likely that they would find Asus FonePad as an attractive option. Another typical argument against it is that you’d look ridiculous having a 7 inch tablet on your face while taking a call. This is of course a simple matter of using a Bluetooth headset instead of keeping the tablet on your face solving the issue with the impression. The same detailed discussion is also relevant to Samsung’s new Galaxy Note flagship device which is again a tablet that can make calls. Samsung Galaxy Note 8.0 is even bigger than the FonePad and offers more or less the same functionalities as of FonePad. Let us look at what these vendors have to offer and compare their usability scenarios with each other.

Asus FonePad and Asus PadFone are often mistaken as the same device. The difference is that the FonePad being a tablet emulates a smartphone while the PadFone being a smartphone emulating a tablet through an external HD display panel. We’ll be talking about the FonePad and how much attention Asus has given it. As you may have known, FonePad is powered by Intel Atom Z2420 processor that is clocked at 1.2GHz. The GPU is PowerVR SGX 540 while it also has 1GB RAM. Android OS v4.1 Jelly Bean governs the underlying hardware and offers fluid functionality. We are curious so as to what made Asus use an Intel Atom single core processor instead of the Snapdragon or Tegra 3 variants. It also presents us the chance to benchmark it against the performance of those aforementioned chipsets.

Asus FonePad has 7.0 inches IPS LCD capacitive touchscreen display panel featuring a resolution of 1280 x 800 pixels at a pixel density of 216ppi. While this doesn’t feature the high end pixel density, the display panel doesn’t seem to pixelate at all either. One can see a striking resemblance to the Google Nexus 7 when looking at the Asus FonePad and rightfully it is the case. Given Asus manufactured the Google Nexus 7, they certainly have made it more or less like Google’s maiden tablet. However, Asus has decided to use a smooth metal back in FonePad which gives it a sense of elegance compared to the plasticky feeling in Nexus 7. As pointed out in the introduction, Asus FonePad offers the GSM connectivity emulating the functions of a typical smartphone. It also comes with 3G HSDPA connectivity along with Wi-Fi 802.11 b/g/n for continuous connectivity. You can also create a Wi-Fi hotspot using FonePad and share your internet connectivity with friends. It comes with 8GB or 16GB internal storage with the ability to expand using microSD card up to 32GB. It also comes with a front facing camera of 1.2MP for video conferencing and Asus may include a 3.15MP back camera for certain markets. It’ll come in Titanium Gray and Champagne Gold colors. Asus also promises a talk time of 9 hours with the 4270mAh battery they have included in FonePad.

Samsung Galaxy Note 8.0 is a product that has made enough ripples in the tablet market prior to it been revealed. Leaked pictures and specs were available in the internet since six months, but the details were only confirmed when Samsung revealed Galaxy Note 8.0 at the World Mobile Congress 2013. You may have guessed right from the form factor of 8.0 inches that this is going to compete with Apple iPad Mini. The question is whether the tablet will live up to its expectation. Samsung Galaxy Note 8.0 is powered by 1.6GHz Quad Core processor and runs on top of Android OS v4.1.2 Jelly Bean. The chipset is assumed to be Samsung Exynos 4412 in which case the GPU will be Mali 400MP. It also sports an extravagant 2GB RAM which has plenty of space even for the biggest apps. It comes in two editions as per storage; 16 GB and 32 GB. Fortunately Note 8.0 also has a microSD extension slot enabling you to extend the memory up to 64GB.

Samsung Galaxy Note 8.0 has 8.0 inch TFT Capacitive display featuring a resolution of 1280 x 800 pixels at a pixel density of 189 ppi. We are certainly going to miss the superior AMOLED display panel that we have grown fond of. The version released in USA will strictly have Wi-Fi only capabilities featuring Wi-Fi 802.11 a/b/g/n connectivity with Wi-Fi direct and Wi-Fi hotspot. The international version will have 3G connectivity as well as 2G connectivity making this usable as a huge smartphone, as well. This method of usage seems to have a particular market in Asia which justifies Samsung’s release of it in the International arena. The device uses a micro SIM like many of the modern mobile computing platforms. It also sports the usual S-Pen Stylus with improved sensitivity that enables you to scribble on your phablet ever more easily.

The device comes with 5MP camera in the back with autofocus that can capture 1080p HD videos @ 30 frames per second. The 1.3MP front camera can be used for video conferencing at your convenience. It comes with the usual perks offered by a tablet and looks considerably solid. However, it doesn’t quite have that expensive look Samsung Galaxy Note devices usually have. This might be because of the different form factor it’s offered with. The device we saw comes in White, but Samsung offers the tablet in Black and Silver, as well. It has 4600mAh battery which may offer juice enough to last more than 8 hours.

A Brief Comparison Between Asus FonePad and Samsung Galaxy Note 8.0

These two tablets are targeted at the same market segment that intends to fill a void that exists in the current market. With their complex life styles, people are reluctant to use multiple devices due to various reasons. Hence we have seen a lot of innovative products that are the outcomes of merging two or more existing product. The tablet can be taken as a great example for this category. But right now, we are looking even further and trying to merge the functionalities of the tablets and smartphones eliminating the need of carrying two devices around when you can suffice with one. As such, Asus FonePad and Samsung Galaxy Note 8.0 provide great starting points for a new trend to be emerged from the mobile computing market. We would commend their efforts and assure that both of these products will have their own user cases. In terms of comparing them, we would say Samsung Galaxy Note 8.0 might provide you with better usability because of the in-built S-Pen stylus that lets you scribble on your tablet anytime you want. On the contrary, Asus FonePad might be an attractive option if you are looking for a slightly smaller sized tablet, but we are yet to find out how the Intel Atom single core processor competes with the Exynos Quad Core in Note 8.0. Hence we’ll leave the decision to you, but we have to say that Asus FonePad offers really great value for money at a price point of $249 merging a tablet and a smartphone. It certainly would cost you at least twice of that to get two devices emulating the dual functionality which is a significant advantage. 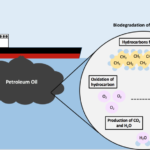 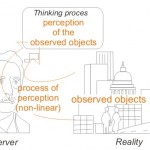