A complete or partial collapse of a lung or lobe of a lung is defined as atelectasis. Our lungs have millions of air filled sacs called alveoli through which the exchange of gases happens. The deflation of these air filled spaces leads to the collapse of the pulmonary tissues throughout the affected region.

Clinically, two main types of atelectasis have been observed.

When there is an obstruction in the airway, alveoli do not receive the supply of air that is required to keep them inflated. Consequently, a negative intra alveolar pressure is developed. The imbalance in the pressure inside and outside the alveoli compresses the air sacs, resulting in the collapse of lung tissues. The rate at which atelectasis develops depends on main three factors,

As discussed previously, air which is entrapped in the part distal to the point of obstruction, following an obstruction in the airway, is completely absorbed by the blood running through the pulmonary capillaries. Eventually, a negative air pressure develops inside the alveoli. The negative pressure inside the alveoli draws the fluid out of the capillaries, resulting in their accumulation inside the air sacs. This predisposes the development of infections.

The collapsed pulmonary tissues compress the adjacent blood vessels, increasing the vascular resistance to blood flow. This condition is further deteriorated by the vasoconstriction that is stimulated by hypoxia. The increase in the resistance to blood flow shunts blood away from the affected regions of the lung. Therefore, the oxygen saturation of the aortic blood is only sparingly affected. 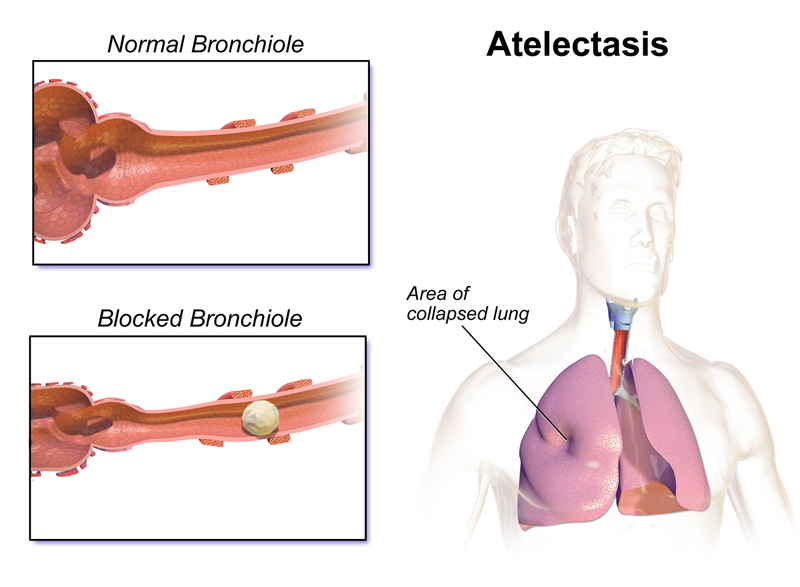 When atelectasis develops owing to a nonobstructive cause, that type is identified as the nonobstructive atelectasis. Here, the visceral pleura and the parietal pleura loose contact with each other and this underlies the pathological basis of the entire process.

Surfactants that are produced by a special type alveolar epithelial cells play a key role in reducing the surface tension inside the alveoli and preventing their collapse. Therefore, any condition having an impact on the production of surfactants can be a cause of atelectasis.

The duration of the symptoms is extremely important to arrive at a diagnosis.

The management of atelectasis depends on the underlying cause

When the parietal pleura is damaged, air can enter into the pleural cavity from outside. Most of the time, this happens due to penetrating injuries such as stabbings. Pneumothorax of this type is called the open pneumothorax.

A flap of damaged skin can act as a valve. Therefore, each time the patient inspires, the air enters the pleural cavity with the opening of the valve like flap of the skin. But during expiration, the flap remains closed, preventing the escape of air. Consequently, air accumulates inside the pleural cavity, increasing the intrapleural pressure. The buildup of the intra pleural pressure pushes the mediastinum to the opposite direction. This fatal condition is called the tension pneumothorax.

Regardless of the type, the accumulation of air in the pleural cavity exerts an undue pressure on the affected lung in all the forms of pneumothorax. This compresses the lung tissues, resulting in their collapse. In other words, pneumothorax can be a cause of atelectasis. 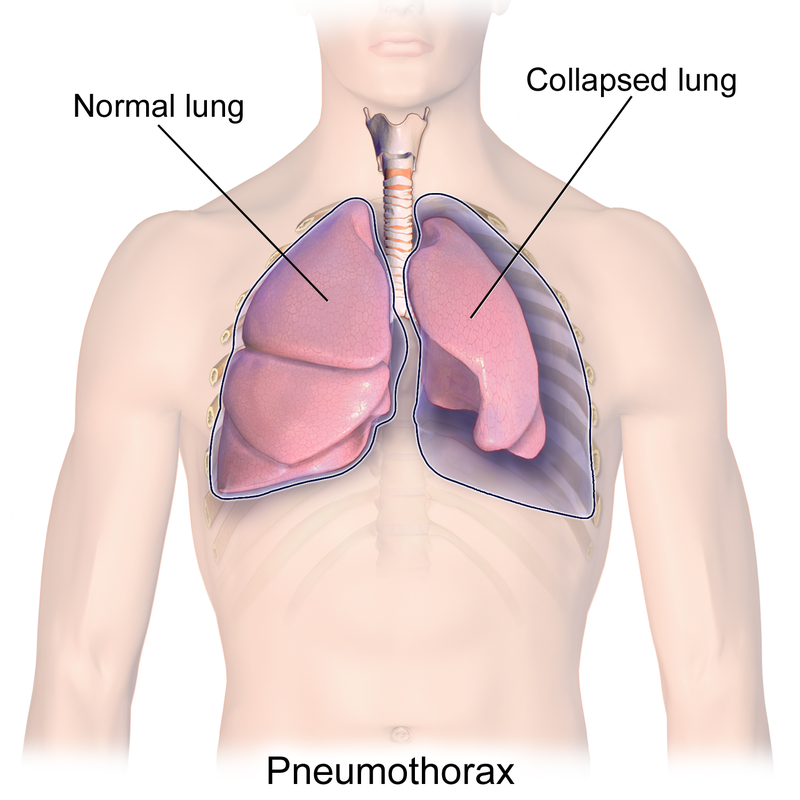 What are the Similarities Between Atelectasis and Pneumothorax

What is the Difference Between Atelectasis and Pneumothorax?

Pneumothorax is the presence of air inside the pleural cavity whereas atelectasis is the complete or partial collapse of a lung or lobe of a lung. The difference between atelectasis and pneumothorax is the presence or absence of air inside the pleural cavity.  These are serious conditions which are sometimes considered as medical emergencies. Clinicians should have the practice and the necessary skills to diagnose and manage the patients presenting with these diseases within the least possible duration. Failure to do so puts the patient’s life in danger.

Difference Between Aphasia and Dysphasia

Difference Between Dyslexia and Dysgraphia

Difference Between Cystitis and Pyelonephritis 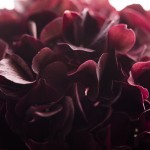 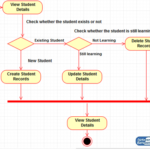