AT&T 3G and AT&T 4G are both mobile broadband technologies used by AT&T in America. AT&T is one of the leading Telecommunication carriers in the world. AT&T has a very good mobile broadband network across the country by using different technologies in the GSM path. They are migrating to the fastest 4th Generation mobile technology LTE (Long Term Evolution) and expected to Launch it by Q3 2011. Currently AT&T offers HSPA+ which is the entry level 4G technologies and far better in data rate than HSPA. (read the Difference Between HSPA and HSPA+). The technology AT&T was using, offers both data and voice simultaneously and even in 4G LTE they implement VoLTE (Voice over LTE).

AT&T Mobility is a fully owned subsidiary for AT&T which provides wireless coverage in United States and having around 96 million customers. They are using the UMTS/HSPA technology for their 3G network in which the higher data rates are possible as specified by the ITU for 3G networks. Mostly the bandwidth is utilized for circuit switched voice and multimedia applications like video share which is a proprietary service provided by AT&T. It is significant that AT&T utilizes 850 MHz and 1900 MHz bands for their 3G network radio interface. The recent study on the network revealed that AT&T 3G network is capable of delivering average data rates around 1410 kbps downlink and 773 kbps uplink which are ahead of other competitors like Verizon and T mobile. It is significant that the reliability of the network is calculated as 94% which is also higher than the current competitors.

AT&T is also popular among Apple iPhone, iPad users with its average downlink speed of 1259 kbps and 215 uplink of kbps which are higher rates among the competitors. It is significant that AT&T has switched 90% of their 3G network in to HSUPA by the end of 2009.

4G is the next generation networks for mobile communication and AT&T deploys both HSPA+ and LTE as their major technologies in their 4G network. Currently they are providing HSPA+ with the software upgrade to the network system, which is expected to deliver data rates four times than the current broadband data rates higher (4X Faster than HSPA). The next step towards the 4G is LTE which is being implemented and expected to be launched by Q3 2011 in which Alcatel-Lucent and Ericsson will be the equipment suppliers for the 4G network.

The LTE technology is associated with MIMO and OFDMA technologies together to achieve higher data rates as specified by the ITU for 4G networks. The bandwidth to be used will be varying from 1.25MHz in to 20MHz which are multiples of 1.25MHz.

The estimated peak data rates for the 4G network is around 100Mbps downlink and 50Mbps uplink with latency less than 50ms. AT&T Networks will be throttling down the speeds to ensure all customers will be able to use LTE efficiently. But actual speeds are expected to be varying around 6Mbps to 8Mbps with the exception of around 20Mbps (Peak Rate) and these figures may be subjected to change with network advancements. AT&T will be expecting to utilize 10MHz = 70 Mbps carrier deployment in their LTE networks. 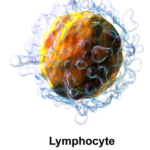